GHISALLO MUSEUM: THE COLLECTION WHICH RIDES ALONG THE FORESTAGE 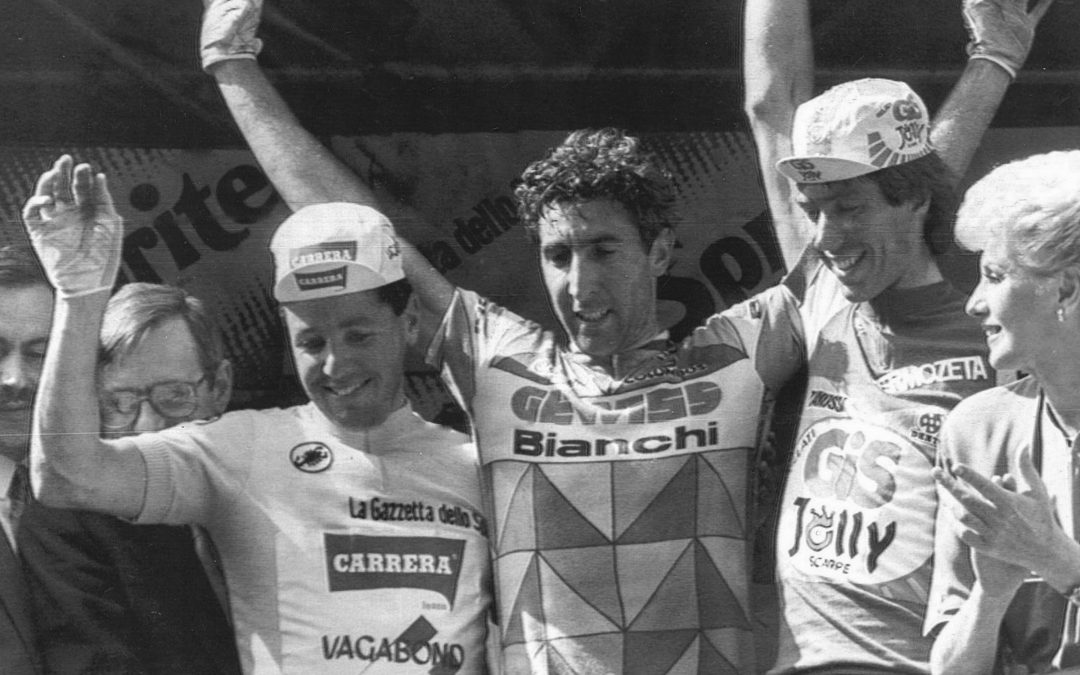 A new season for the Museum also means new memorabilia! Every year in fact the collection enrichs thanks to unexpected donations, spontaneously donated by cycling enthusiasts. 2019 in particular counts a long series of new donation, enrolling to the catalogue also today’s champions’ jerseys.

A great excitement is always associated with the arrival of new donations – modern or historical, memorabila or heirlooms, national or international... it does not make any difference: the result is that the Ghisallo Cycling Museum welcomes, and enriches, in each one of this occasions; at the same time, it increases memories and enhances stories that proposes to visitors, throught a collection dedicated to cycling and opened to all cyclists.

In this way, from the inventory of 2019 it turns out that there are 73 new entries and that among them there are 43 new jerseys some also in the body version. And since a cyclist’s jersey cannot live without its two wheels, the Ghisallo Museum has welcomed in 2019 as many as 5 collectible bikes that are, strictly in order of arrival during last season: the cycle-tourism bicycle received by Mr and Mrs Paganoni, used by Angelo Paganoni for the Como-Beijing bicycle marathon (April-August 2005); a 1980s Olmo with original parts (Universal brakes, Brooks saddle) used by donor Franco Pedretti; the legendary bike of Giuditta Longari, used in the Sixties placed in the women’s section of the museum, which is expanding, together with the Colnago road bike belonged to Mary Cressari, another Italian great champion on road and track races from Brescia (Lombardy). Then, with special thanks to Cristiano Taccone and Claudio Pesci, the bicycle of Vito Taccone enriched the collection: Vito was the much-loved champion, who also raced with this Bartali bike dated 1969.

Among the most beautiful gifts belonged to today’s champions there is the Trek Segafredo Zanetti jersey, delivered by the hands of Luca Guercilena, with the autographs of seven teammates; while the Mitchelton Scott La Vuelta 2018 jersey, donated by Alvaro Crespi and autographed by professionals, first among them Simon Yates.

At the end of the season, Alberto Bettiol also donated one of his jersey in occasion of an amateur ride: a charity ride followed by another generous act like a donation is and that makes us feel more and more good in the Home of Cyclists.

Photo Archive RCS La Gazzetta dello Sport: from the exhibition held in Como, Broletto Palace, in 2019, Paolo Rosola winner of stage of the Giro 1987 with finishline in Como. His jersey is a new heirloom at the Museum of Ghisallo collection!