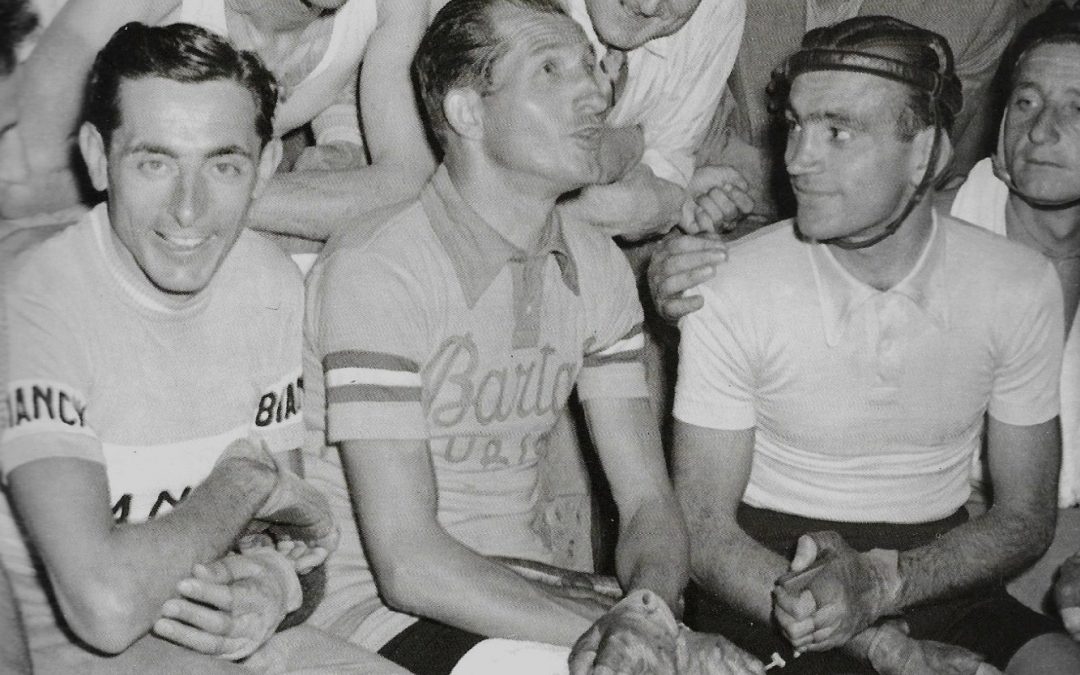 News from the Museum Bookshop. Review of one of the many volumes that tell Fiorenzo Magni and the great epic of his cycling period.

Magni – Il terzo uomo (ed. the Third Man) by Auro Bulbarelli (publisher RAI Eri, 2012) is not only the biography of Fiorenzo Magni (voluntary and authorized by himself), it is not even a classic sports book that collects stories and testimonies: it is something more, it is a Bildungsroman, an authentic novel of training, does not want to be a literary and imaginative adventure, but real history and life, which immediately immerse you in the atmosphere of heroic cycling.

Leafing through the pages, you remain glued to admire the beautiful snapshots that portray the evolution of a Champion and with him of cycling and an entire country. What is striking is the inevitable smile of Fiorenzo Magni, as if his smile is the key to better understand the spirit of the book, the destiny of being the Third Man.

Fiorenzo Magni was the third, intended not in order of arrival, but as Aeneas against Achilles and Ulysses. Forget the famous Latin phrase, tertium non datur: as the protagonist of the Virgilian epic, Fiorenzo Magni was just the tertium datur, the demonstration that in extraordinary cases there is the third way that foreshadows an alternative choice just as valid as the other two that contradict each other, equally winning because it is constructive of a new reality.

Look at the gazes of the famous Trio: Bartali looks like he is asking what do you want from me?; Fausto Coppi’s gaze tells his elegant and fragile nature, and finally the Fiorenzo Magni’s flourishing gaze, always smiling even as he launches into a roaring final as an authentic Lion.

I often found myself in the middle of the rivalry between Fausto and Gino. They almost didn’t talk to each other and I had to tell Fausto what Gino said and Gino what Fausto answered. This is what Fiorenzo Magni confides to Bulbarelli. 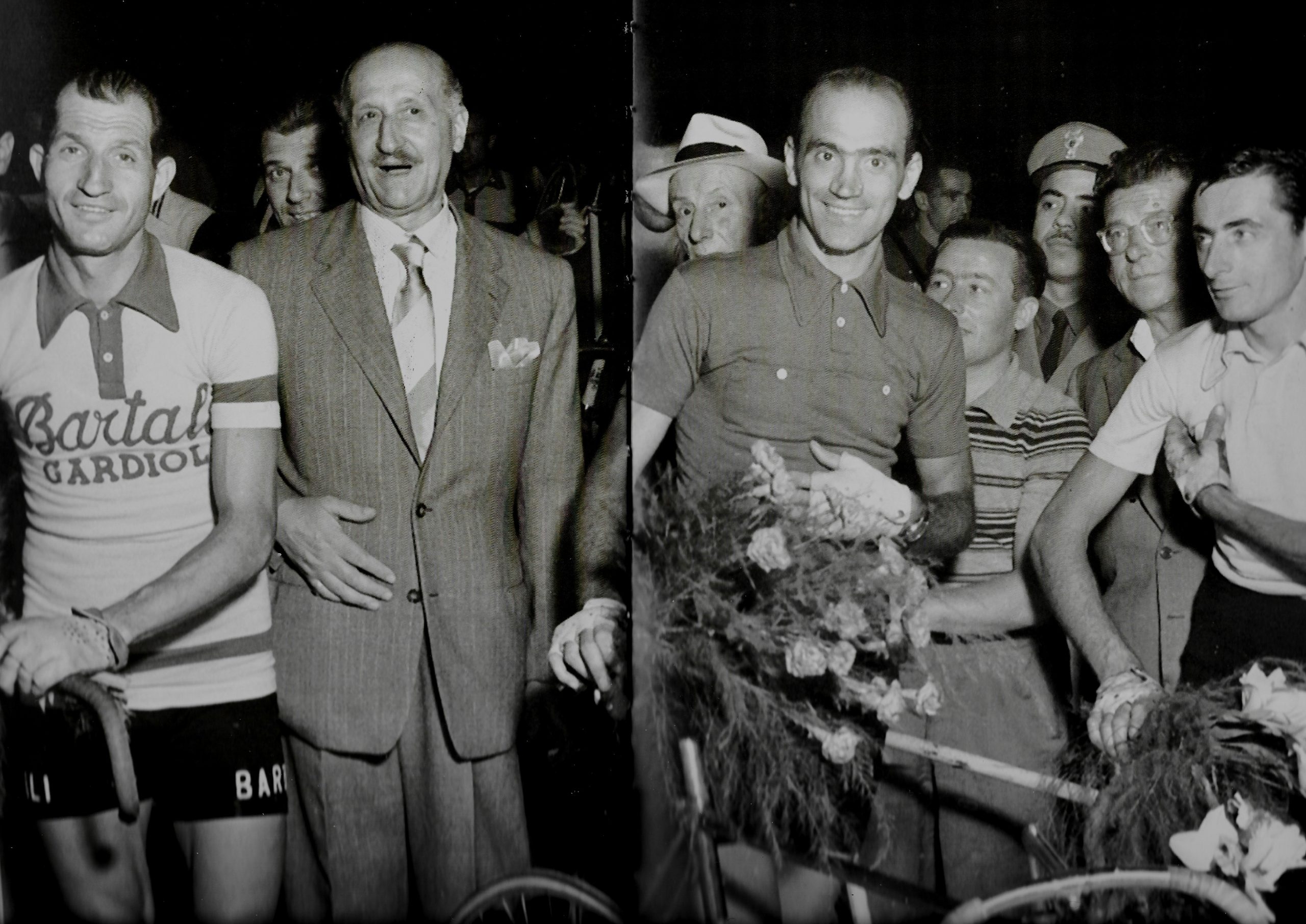 Here is the Third Man, the tertium comparationis, the quality that two values have in common that need to be compared.

Auro Bulbarelli complements the journalistic ability of news and investigation the historical and documentary rigor, embellished by an iconographic collection of absolute value, which tells us about growth, maturation, triumphs, difficult moments, awareness that made Fiorenzo Magni pedal towards a new perspective of life, both as a sportsman and as a man.

The real secret of the book, however, is the skill with which the author almost seems to make Fiorenzo Magni speak himself in the first person: demonstrating an extraordinary feeling with his protagonist and hero, he dresses up with Magni’s smile and socratic gaze to make us to relive and make us understand with serene detachment and with great maturity the intense history of cycling.

Fiorenzo Magni passed away a few days after the first official presentation of the book: this book sounds like his way to pass the baton.

The journalist Auro Bulbarelli was the first voice of cycling on television for over ten years. Appointed in 2009 Rai Sport deputy director, in 2010 he published his first novel Fuori tempo massimo [ed. Out of Time]. Since November 2018 he is Rai Sport Director.

Magni – Il Terzo Uomo is available from the Museum’s Bookshop. For information you can write to info@museodelghisallo.it