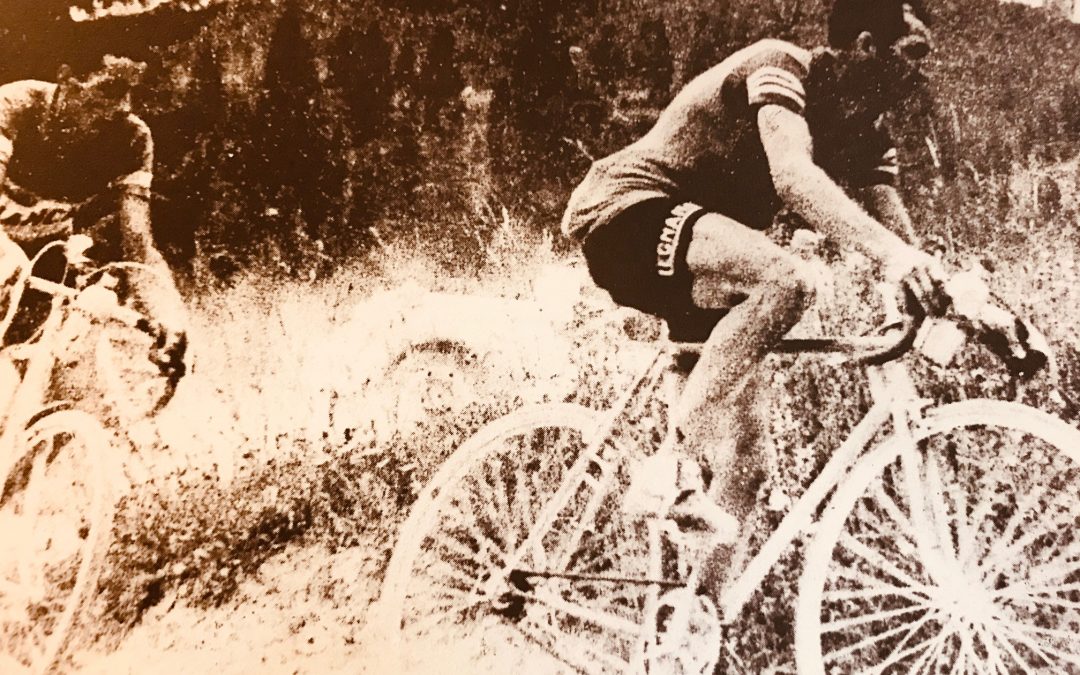 Both in Como and in Alessandria: today the Ghisallo Museum and Alessandria City of Bicycles Museum pay tribute to Gino Bartali with double the praise for Ginettaccio. Corriere di Como’s  Massimo Moscardi regales him in his article, while Beppe Giuliano sends praise in his “Letter 32” from Alessandria, the historic home of cycling. Both stories focus on Ginettaccio who remains a great example for all of us!

#QUIComo | Gino Bartali and Ghisallo, a story of devotion. Remembering the Tuscan Champion on the 20th anniversary of his passing. From Corriere di Como written by @MassimoMoscardi

Bartali’s memory is very linked to Ghisallo and its Chapel Sanctuary. He is a sports myth who left us forever on May 5, 2000:  This was the twentieth anniversary of his passing. Gino Bartali was much more than a great cyclist as recalled in “ Giusto fra le Nazioni “. He is also revered for his part in a Tuscan organization that, during the Second World War, saved local Jews and refugees. Bartali hid important documents in his bicycle. He is often likened to the great hero from Como, Giorgio Perlasca, nick-named “Giusto (Justice)” who, pretending to be a Spanish diplomat in Budapest, saved over 5 thousand people.

Ghisallo has a very special place in Gino Bartali’s life, as it was here that his first exploits as a cyclist were recognized.  “The Champion of Ponte a Ema’s” prestigious awards include three Giro di Lombardia wins, in 1936, 1939 and 1940, which finished in Milan. In 1936, during the climb up the Colle, he attempted several attacks before decisively beating Diego Marabelli and Luigi Barral in the final sprint. In 1940, however, his attack took place on the Ghisallo climb: Bartali arrived at the finish 4′ 7 ” ahead of Osvaldo Bailo, in second place. This showed his dominance over the great rival, Fausto Coppi, who managed a 16th place finish.

The Ghisallo Sanctuary played a role in another of the champion’s stories: in 1948, on the eve of the Tour de France, which he would later win (saving Italy from a new civil war, in the days of conflict with Palmiro Togliatti, secretary of the PCI) Bartali was feeling emotionally distraught, so, during a training session, he went up to Ghisallo and after a few moments of prayer he came out refreshed, ready for a great new undertaking. 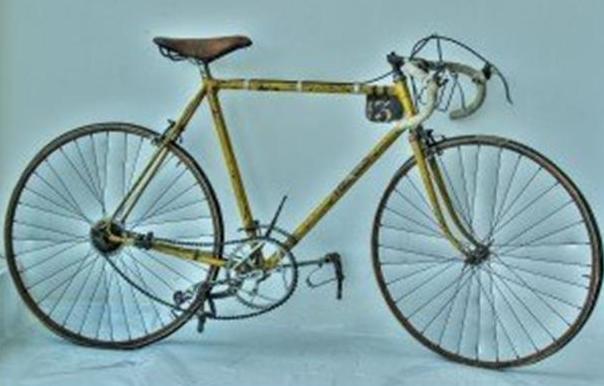 Bartali’s bike from the ’38 Tour

The bicycle that he used in the 1948 Tour (with the number 31) is now on display at the Cycling Museum in Magreglio, as is that of 1938 (with the original number 13), the year of his first victory on the Tour.

Read all about it here

Gino Bartali left this world in 2000, on a Friday in May, the month of the Madonna (how could it be otherwise for such a devoted Catholic!). May 5th is also the day we remember the passing of the illustrious poet, Manzoni. Ginettaccio, as he was called, outlived his legendary twin by forty years: Coppi-and-Bartali were inseparable! Fausto, in his blue jersey, arrived at life’s ultimate finish line, first. In fact, he passed away forty years prior, at the start of January, 1960. He would have felt very alone spending such a long time without his great rival whom he loved dearly.

Gino was left behind, struggling and grumbling, but driven by a heart so big that his wartime pedal strokes saved hundreds of Jews. We have only just learned about this heroism, but after his death. He didn’t care to brag. That was how he was brought up. “Good is done, but not talked about. Certain medals hang on the soul, not on the jacket ”

Of  Ginettaccio, we all know about the great races won, such as  the 1948 Tour, with Italy on the brink of self-destruction.  And the fact that his win saved the country would make an exceptional novel. Read all about it here: https://mag.corriereal.info/wordpress/2020/05/04/ginettaccio-ventanni-dopo-lettera-32/ .