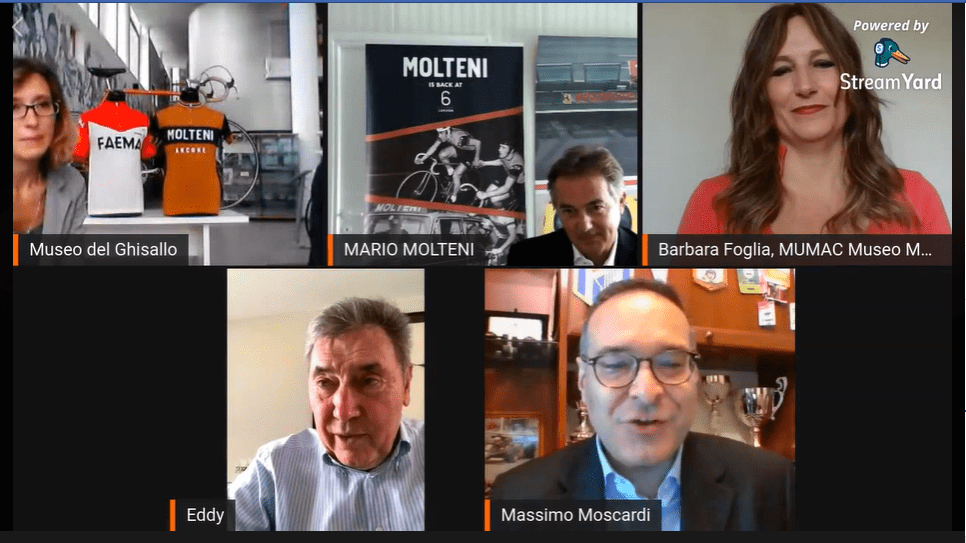 “You can’t hide on a climb” – Eddy Merckx

There must have been a “#maratonacannibala” of posts dedicated to his birthday. Our idea was to fill our home page with archival photos and famous sayings in the “cannibalistic” spirit of Eddy Merckx. 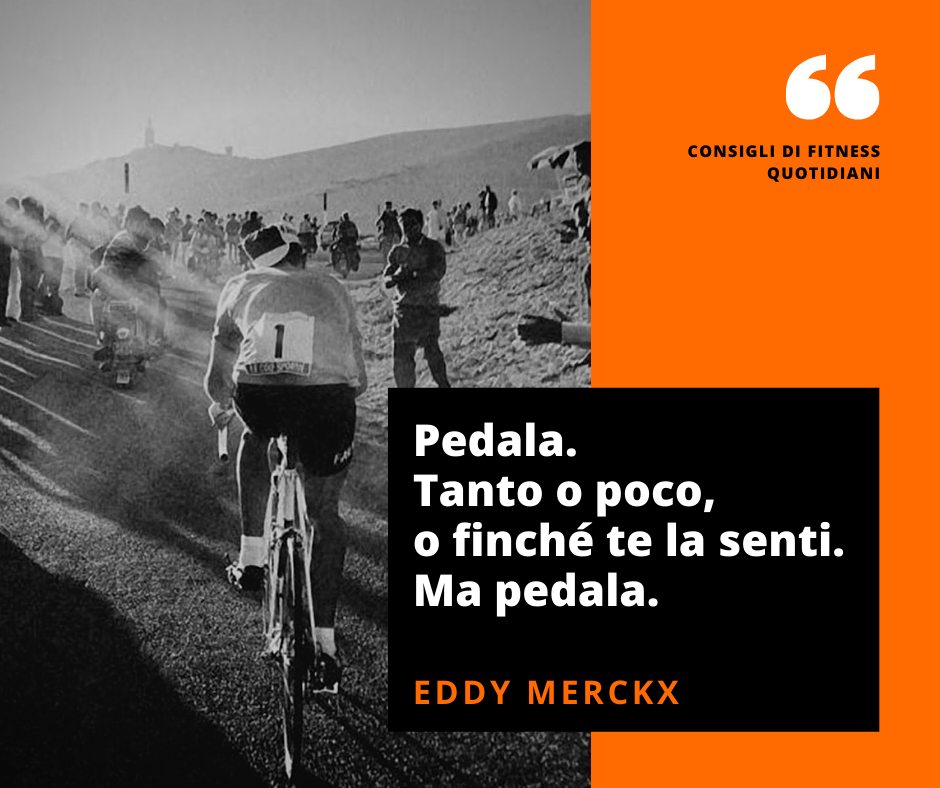 Daily fitness tips. “Pedal a little, as long as you feel it. But pedal!” (Eddy Merckx)

It was inevitable, and then the unexpected happened: Eddy Merckx live on Facebook with the Ghisallo Museum. From all the press one could see Eddy was having a very busy day, so making a 20-minute exception for us filled us with pride and excitement. And a special thanks to our esteemed adviser, Marino Vigna, for drawing on a personal friendship with the Belgian champion.

Instead of celebrating by simply retracing his steps to glory, and recounting past stories, we offered our best wishes by engaging represenatives from his two famous Italian teams; FAEMA’s Barbara Foglia, director of MUMAC and MOLTENI’s Marco Molteni of Salmilano. Massimo Moscardi, journalist and friend of the Museum conducted the live show with professional finesse, putting moments of human sensitivity before the great sports stories.

So many of you participated in our social event, which was evidence of the affection and respect that Eddy Merckx enjoys from all cycling enthusiasts. After Eddy finished 6th in his first ever race, Marino Vigna counselled him “ to go slow” if he wanted to ride faster than all the others. Please click on the Facebook link below to see the cheerful and carefree spirit we all enjoy at the “House of Cyclists”

We want to close with a thought that is also an invitation for reflection. In one click there are photos that capture all the meaning of sporting greatness, and of two champions expressing the meaning of friendship. These supreme values expressed between human beings make an epic sport such as cycling even more epic. Not just by passing a bottle, but even by the simple act of pinning the number on a jersey. Let us bow before these gestures. They are among the most beautiful that make us better people. 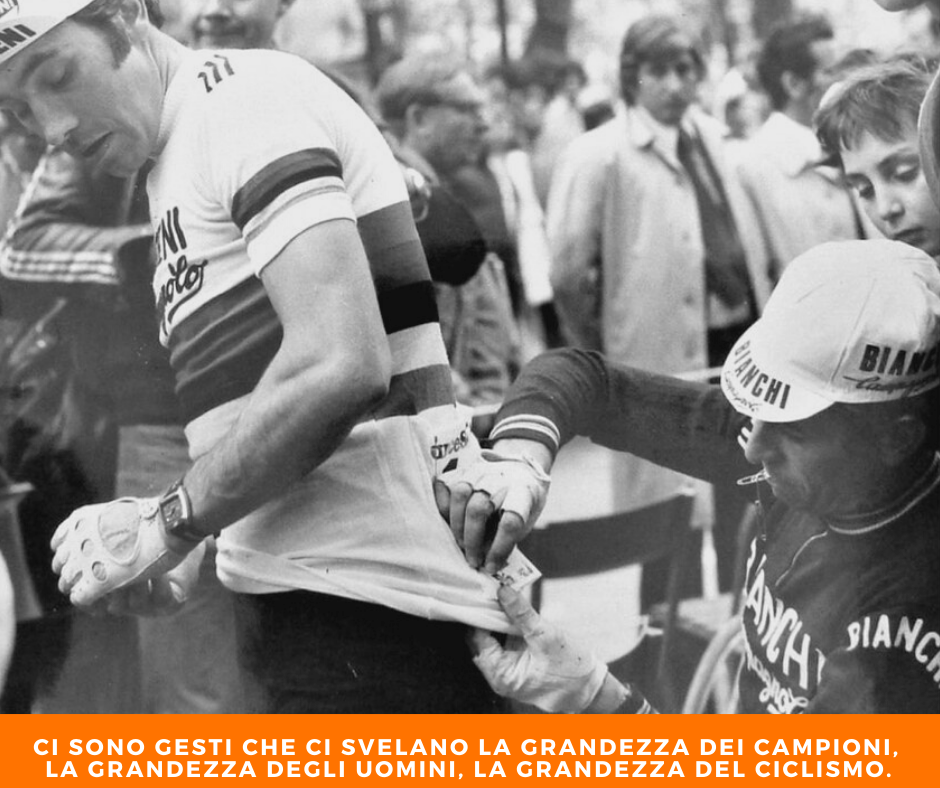