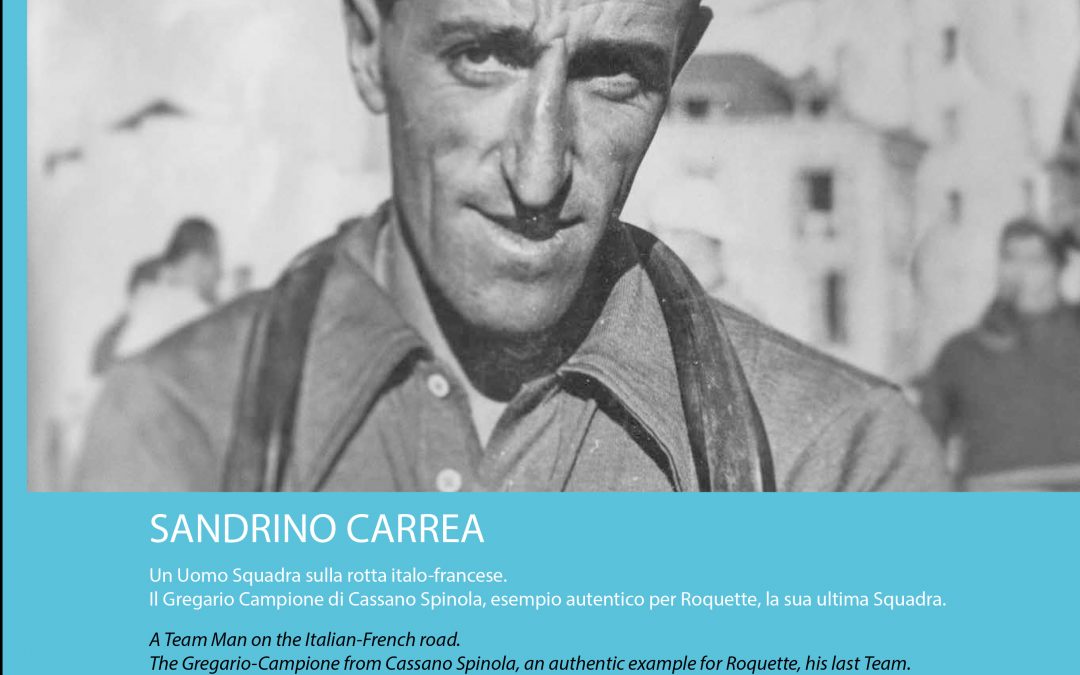 We all agree. Tomorrow the great adventure that will take us through 4,800 kilometers of roads in 23 days of competition begins, with only two rest days, and the final finish line in Paris. We start with the support of millions of sports fans who are aware that as the strongest we are the most targeted by our opponents, and with the hope, that for the third time in five years, an Italian will cross the Paris finish line wearing the yellow jersey. . (Alfredo Binda, “Coppi Bartali Magni at the Tour 1952”, ed. GENIO)

The 1952 photo album of the Grande Boucle is a testament to the values ​​of cycling and life. Fausto Coppi marks his place in the history of cycling with this triumph. The passing of a bottle and the gift of a wheel, on the other hand, are testimony to what Alfredo Binda summed up thus: Coppi’s two punctures highlighted, without any doubt, the collaboration and friendship within the Italian team, which was exemplified by the actions of Bartali and Magni. These photographs immortalize the sense and epic values of cycling forever.

In that extraordinary Tour the value of the wingman par antonomasia, Sandrino Carrea, was exemplified. On July 3rd, the ninth stage from Mulhouse to Lausanne, Carrea won the yellow jersey. On the following day he will wore it as though flying on the wings of the Heron (one of Coppi’s nickname).

In the Museum’s library is the book by Alfredo Binda which chronicles this feat of July 3rd. 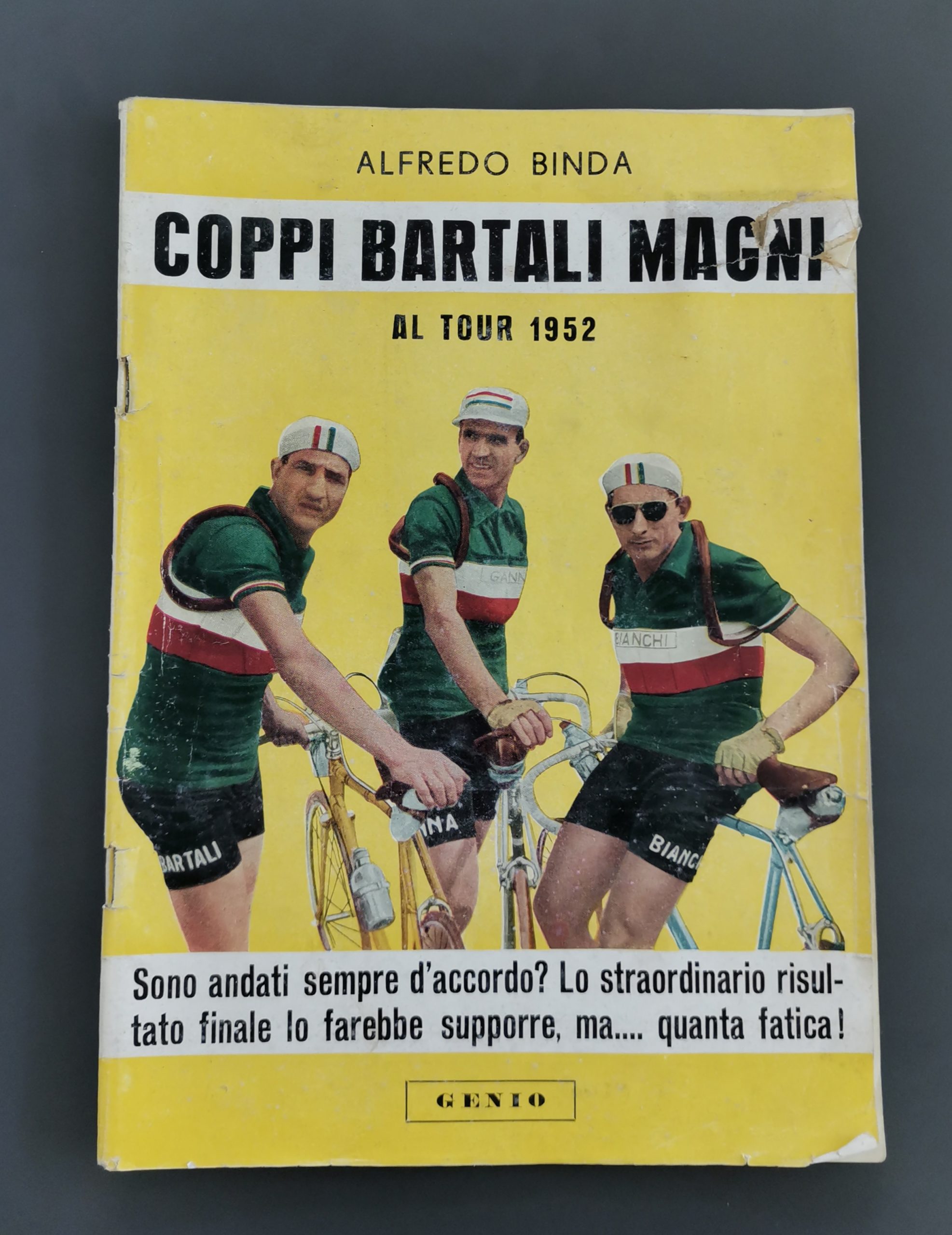 It was predictable that today the Swiss were on the scene wanting to give their very sporty populace at least one stage victory, after the defection of the two K, who had won the two previous editions of the Tour.

On this rare day, Magni once again lost the yellow jersey, which, however, passed to his fellow Italian teammate, wingman, Sandrino Carrea, rather than to an opponent. The brave and humble Carrea, born a simple farmer, was riding in the Tour of France to buy himself a piece of farmland. Up to now he has been the most valuable wingman, willing to pass the wheel and quick in chasing down breakaways. He surpassed his duties today and jumped to the forefront of fame.

He, too, like Magni on his first race day, did not think that a poor “domestique” could beat the strongest man on the Tour, and was flustered in a morning rush at the hotel. Poor Sandrino, extremely embarrassed, was crying with emotion as he stepped onto the podium to receive his honors. He waved his huge nose to the right and to the left, somewhat like a fly-swatter, as he received the traditional bundle of gladiolas.

In the hotel he continued to cry when I, dutifully, before anyone else, went to his room and paid him tribute for the yellow jersey, and magnificent victory. He was crying because he was afraid of having made a mistake and of arousing Magni’s ire. It didn’t take me long to reassure him that Magni was happy with what had happened; the best proof is in the fact that Fiorenzo was not upset with the team. Coppi was also happy with the breakaway by his faithful wingman, convinced that the yellow jersey worn by Carrea would bode well for the Alpine stages that would start with Lausanne-Alpe d’Huez, a very challenging climb.

On 4 July, the Campionissimo (Coppi) and Ginettaccio (Bartali), by sharing a bottle / bottle of water, will enter the collective imagination of sports fans for exemplifying fair play on that climb.–