I Know You, Lombardia (even if it’s not our Ferragosto holiday) 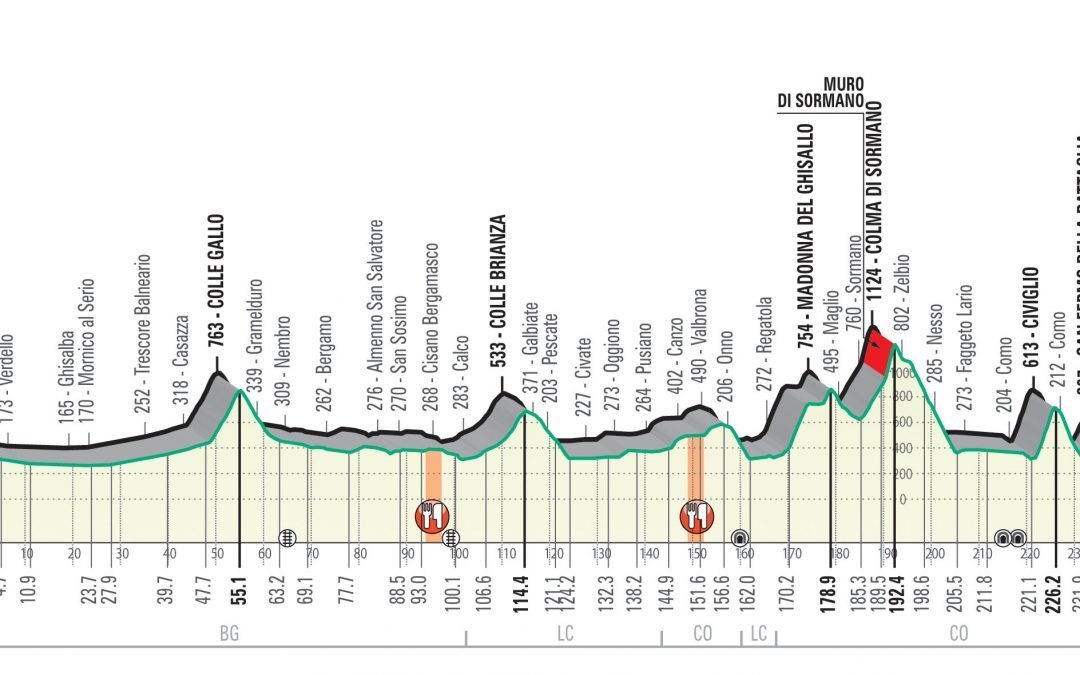 However, this year, the Giro di Lombardia, with the famed Ghisallo Pass, takes place on August 15th, 2020. Even if you might not know Ferragosto, you have certainly heard of #ilLombardia. It’s in our DNA. Right here. Up to the Sanctuary, to the Museum. And we all know how it feels when the Ghisallo Chapel bells ring to announce the arriving cyclists as they climb into their dreams. That’s called the Giro di Lombardia.” @LucianaRota

Mark your calendars (strangely) for August 15th, … Race of the Autumn Leaves … which in post-COVID lingo has become the “Ferragosto Race” [Ferragosto is a national Italian Holiday on August 15 is the start of the vacation season]. In any case, in every way, there’s going to be a great party at the Ghisallo Museum which, unlike ever before, has suffered the pains of a delayed re-opening. So, everyone, let’s go to Ghisallo! As the Italian summer pedals forward, we invite cyclists and riding champions from around the world to come to Ghisallo for a prayer and a visit.

The Giro di Lombardia route is identical to last year’s race which was won by the Dutchman Bauke Mollema and was dedicated to the memory of the Bergamo champion Felice Gimondi. Mauro Vegni, Regional Director of ​​RCS Sport / La Gazzetta dello Sport, who organizes this, the 114th edition of Il Lombardia, said: “This will be a very special Il Lombardia falling on the same day as Ferragosto. I think, in this particular year, it is a great opportunity, for us, for the host regions, and for all fans. After such a difficult period, we are convinced that bringing back road races is one of the most important things to do. We decided to keep the same course. The Bergamo start and Como finish are becoming a beautiful tradition that everyone likes. We will have great international athletes at the start, and I am confident that this edition of Il Lombardia will symbolize much more than just the revival of cycling.

Back in Como. Como’s Municipal Councillor for Sport, Marco Galli, said: “From my perspective and on behalf of the entire municipal administration, I express the greatest satisfaction in relaunching our city through Sport. Hosting the Giro di Lombardia on Saturday, August 15th, constitutes an unparalleled sporting opportunity for Como and the entire province. The 114th edition thus returns with its final celebration in the Como Piazza Cavour, almost a year after the last time and with a star-studded startlist of the greatest technical riders. This will be one of the first races after a long intermission due to the pandemic and provide a real injection of confidence for those who love our “two wheeled sport”. The course, with the most arduous and spectacular climbs in European cycling, will be very challenging, as always, especially if you take into account the simmering summer temperatures on a hot August day. I am confident of an enthusiast audience and the arrival of numerous tourists who will find first-rate hospitality in our city, whose backdrop is incomparable landscapes and the many historical and artistic attractions. The Il Lombardia is a chance for sport and leisure to merge with passion and professionalism, once again, confirming that the Lariano territory is the centre of international cycling.

Departing from Bergamo in a southerly direction, is a 40km ride through the Bergamo Plain before ascending the Val Cavallina to Casazza where the first race climb takes place, Colle Gallo. Colle is followed by a quick descent into the Seriana Valley in the direction of Bergamo. Then flat road leads to Brianza. A short passage takes riders to Colle Brianza and the descent into Pescate, before heading to Valmadrera,  Oggiono and, then, finally, through Pusiano, Asso and the descent into Onno.  A narrow road leads to Bellagio where the road widens for the Ghisallo climb with hairpin turns and slopes up to 14% .

The next downhill section is very fast, long and straight but in Maglio an abrupt right turn leads to the start of Colma di Sormano. A few km of medium slope follow. Several hundred meters after the Village of Sormano it goes left to the narrow, steep path of Muro di Sormano (2 km at average 15%) which winds through a forest grove, has very tight bends and progressively steeper slopes. The final section of 1000 m is the steepest section at, yes, 25% up to 30%! After passing the Colma, and after a fast descent into Nesso the coastal road stretches towards Como. Another tough climb leads to Civiglio (614 m) with a constant slope at 10% before racing down to Como again, where the final climb awaits, San Fermo della Battaglia (397 m). There are two pre-set feed zones along the way: the first at km 94-97 and the second at km 151-154.

The last 10 km are inside the town of Como, along wide avenues until the railway underpass where the final climb begins into San Fermo della Battaglia. The slope averages 7% (max 10%). Several hairpin turns are followed by a 5km descent as the road widens into the ultimate race kilometer.