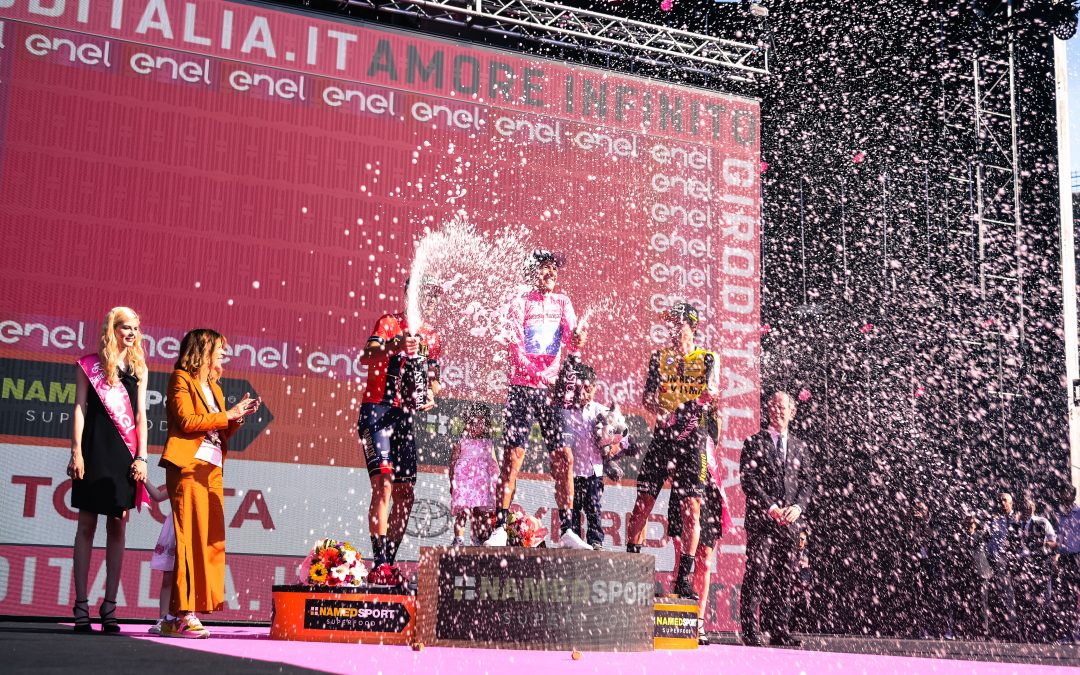 The protagonist of the photos is not only Richard Carapaz, winner of last year’s Pink Race, but also the Color Pink itself, in all its shades, from the softest to the brightest. There is a sort of a rose-coloured thread that characterizes the Brescia photographer’s work, as a subtle and subliminal message of that Infinite Love that Cesare Palazzo feels for cycling and photography (and for the Ghisallo Museum).

In the interview produced for the Ghisallo Museum Community, the photographer not only presents his photographs, which will be exhibited at the museum and published on social media, but also remembers Vito Liverani and Fiorenzo Magni: brilliance on two fronts, one of photography, the other of cycling. Both are timeless. We remember that Vito Liverani, a great friend of the Foundation and a personal friend of Magni, donated to the Museum an immense collection of heritage photography which is being enhanced and archived by the Ghisallo AcdB Digital Archives Project with an impressive future digital exhibition in mind.

Cesare Palazzo, an amateur photographer known for his excellent taste, has, to his credit, several Brescia exhibitions about the Giro. He was featured at the 2014 Sport Show and in 2015 at the prestigious Municipal Library La Queriniana as well as at photography exhibition dedicated to the famous Mille Miglia. Since 2013, he has been a member of the Brescia Museum of Photography where he created an exhibition, as usual, about the Giro d’Italia, In 2017, with 4 photographs, Palazzo participated in the collective exhibition GIVE PHOTOGRAPHY A CHANCE at the Court of Brescia. He was also the 2017 winner of the photography prize Victory Cup- Coppa Bruno Boni of Brescia.