COPPI PEDALS INTO THE THEATER DAL VERME LIVE, and STREAMING 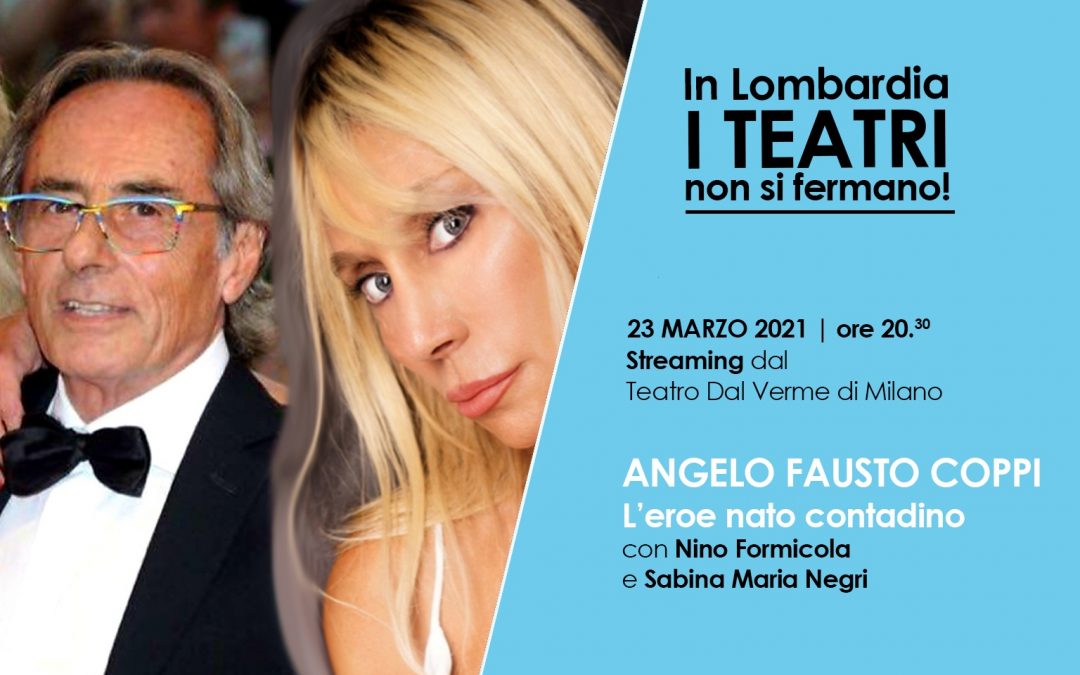 The play “Angelo Fausto Coppi” debuts in the Theatro Dal Verme, Milan, with streaming on the Lombardy Region portal. The hero-born-peasant saga was written by and stars Sabina Maria Negri. The production, with the collaboration of Gabriele Moroni, is liberally adapted from Solitudine di un Campione (The Solitude of a Champion, published by Mursia) and Non Ho Tradito Nessuno (I Never Betrayed Anyone, published by Neri Pozza). In the form of a confession, with dramatic cadence the story merges the myth of an extraordinary athlete with the real life of the man. The performance begins with his trial for adultery.

A show entirely dedicated to Fausto Coppi debuts on the Lombardy Region portal as part of the series Heroes and Reflections(Heroes and History) recorded at the Teatro Dal Verme, Milan. With the encouragement of the Regional Councillor for Culture, Stefano Bruno Galli, the Lombardy opera circuit’s Opera Lombardia and the Fondazione I Pomeriggi Musicali.(Foundation of Promenade Concerts) have produced the series of shows to demonstrate that theatre is alive and well In Lombardy. They pedal on, we might add! On stage Fausto Coppi (Nino Formicola), remembers, suffers and rejoices. The Dama Bianca (Sabina Maria Negri), is a silent figure who at one point transforms into the prosecutor. Flashing through the campionissimo’s memories are the days of glory and those of infamy, the faces of opponents and family members, the cycling passion and depths of the defeat, key moments of Italian history and the related personalities. Amid anxieties, torments, regrets, pride, and nostalgia, Coppi retraces his life with and for the audience: his soul is revealed, and his destiny fulfilled in the final tragedy. 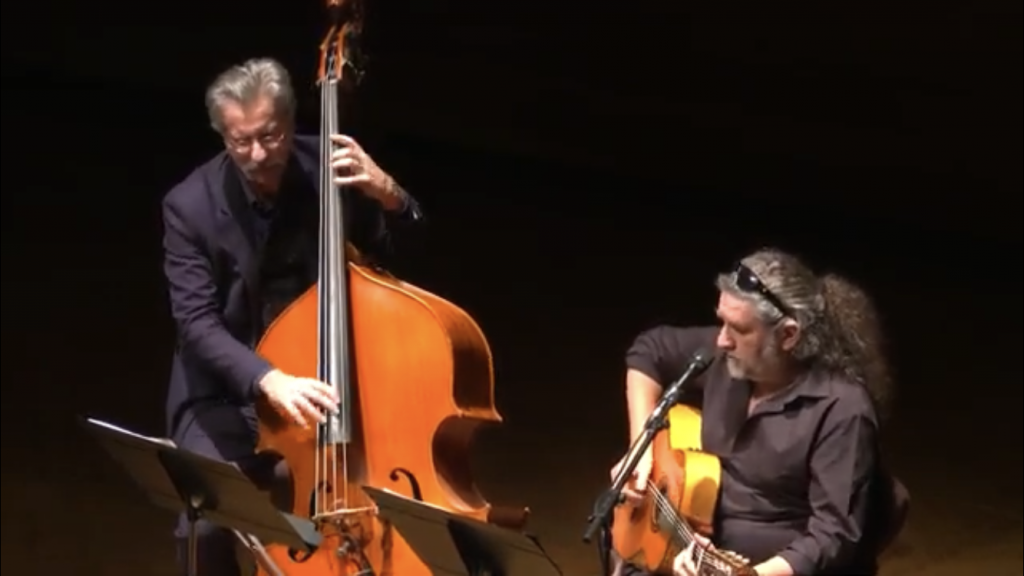 Above all there is the awareness that fame is a difficult burden to bear, a divine sign that, that with blessings come pain. The music has been composed to recreate the atmosphere of that epoc.  Arranged and performed by Simone Spreafico and Luca Garlaschelli, with the support of the beautiful voice of singer Patrizia Rossi, the music is powerfully evocative, arousing pathos and joy and completing the portrait of an unforgettable man and era. Directed by Lorenzo Loris.  Set design and staging by Marco Lodola. 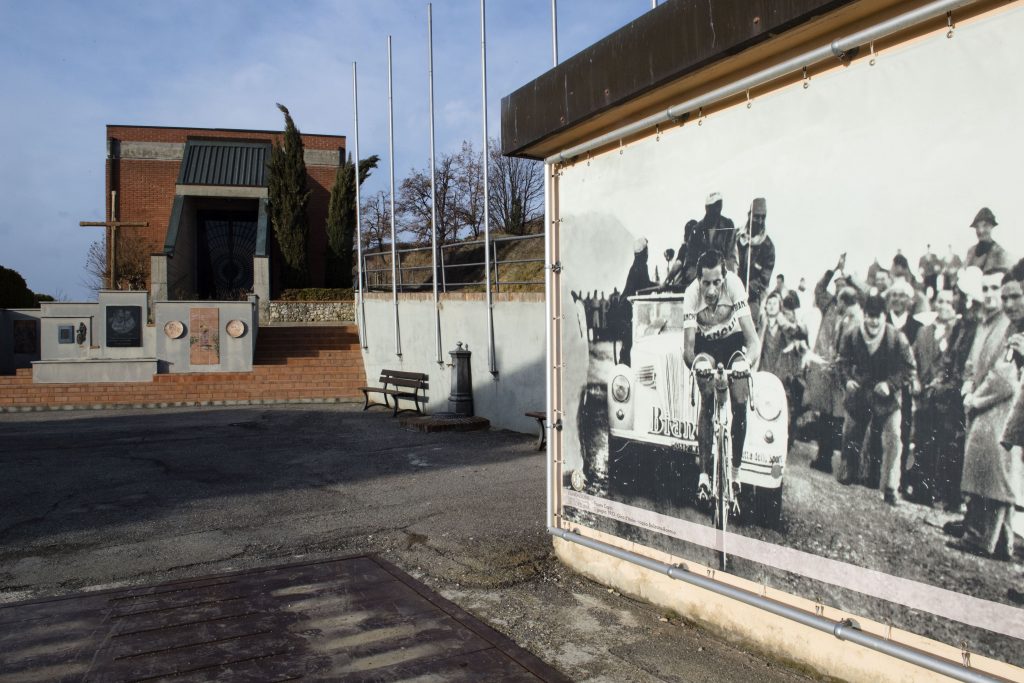 Author’s Notes. Fausto Coppi was not only a great sports champion. He was also a popular icon of post-war Italy, the symbol of a country eager to leave behind terrible suffering and spasmodically striving for rebirth and well-being. His first kilometers on a bicycle as the apprentice of a delicatessen in Novi underlined his peasant origins. His iconic career is characterized by triumphs and defeats, solo victories led by tens of minutes and ruinous accidents. The epic rivalry with Bartali (so different, even in character, from him) are forever entrenched in our memories. Fostò (as the French called him, admired and irritated by his victories at the Tours of 1949 and 1952) took on the role of sublime hero, sometimes unlucky but always valiant. Perhaps he is the most beloved, most idolized Italian sportsman of all time: his classic, angular face, thin as a bird, can be imagined as he pedals along the bumpy and impervious roads of yesteryear. He is the personification of a twentieth century myth. 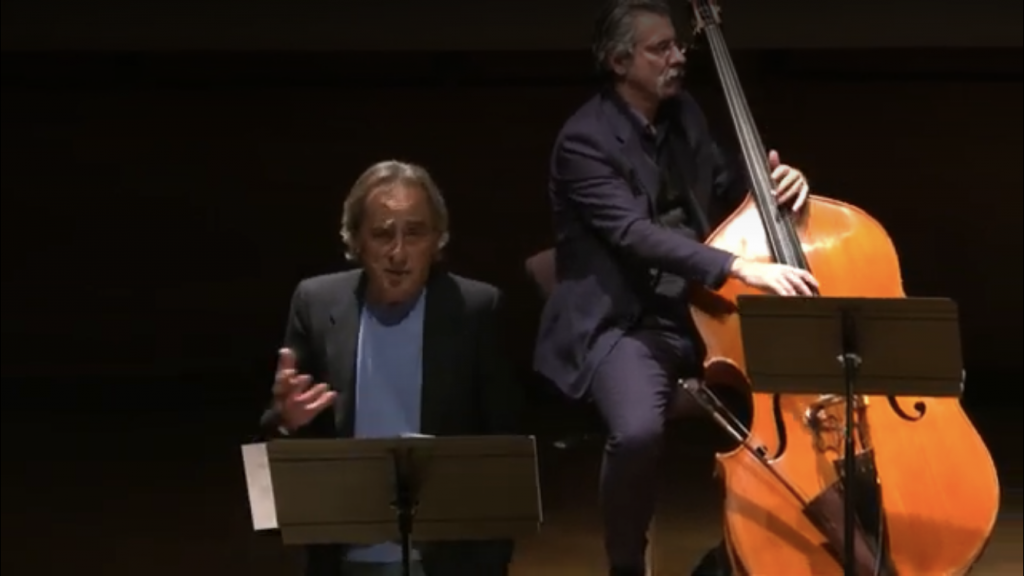 Coppi, however, like all myths, sporting or otherwise, was also a man. His human story is no less significant, dramatic and exciting than his sporting one. He experienced the extremes of social redemption and rapid rise from obscurity to enormous popularity; the war and imprisonment in a concentration camp in Tunisia; the terrible tragedy of the death of Serse, his brother and domestique; a spellbinding and tormented love with Giulia Occhini, the woman for whom Coppi left his wife and daughter, going through a sensational trial for adultery and a period of fierce social ostracism in the bigoted Italy of those times; his early and absurd end of life: Such are the chapters of an uncommon life  fraught with the greatest satisfactions and the greatest bitterness, an existence predestined to happiness and pain.

The Ghisallo Museum presents this podcast with Nino Formicola and Sabina Maria Negri talking about their hero-born-peasant Angelo Fausto Coppi.

https://www.spreaker.com/show/coppi-a-teatro-con-formicola-e-negri   Nino Formicola. With Andrea Brambilla he created the close-knit couple Zuzzurro and Gaspare, who first appeared in 1978 on RAI TV’s program Non Stop.  The following year they performed in La Sberla. They became popular with the variety show Drive In.  In 1986 they devoted themselves to the theater reinterpreting Neil Simon’s comedy Andy and Norman. In 1989 he starred in Emilio, a comedy on Italy 1, which he co-authored with Zuzzurro. Working on Il TG delle vacanze (1992) and Dido … menica (1992-93)  they return to RAI after a fifteen year absence and in 1994 they hosted Miraggi, the evening broadcast on TG1. In the summer of 1996 the couple returned to work for private networks, participating in the variety show of Channel 5 Sotto a chi tocca directed by Pippo Franco. In 1997 together with Zuzzurro he became the voice of Panico for  Disney’s animated film Hercules. In 2011 they return to the theater with La cena dei cretini by Francis Veber. Since February 2015 Nino Formicola has been the official representative of the City Angels volunteer association. That year he received the special recognition, Leggio d’oro “Alberto Sordi”. In 2018 he participated in and won the thirteenth edition of L’isola dei famosi. In the summer of 2019 with Ezio Greggio, Biagio Izzo, Gianluca Fubelli and Maurizio Battista, he lead La sai l’ultima?  Also in 2019, Nino Formicola returned to the stage, with Max Pisu, in La cena dei cretini, still on tour in 2020. 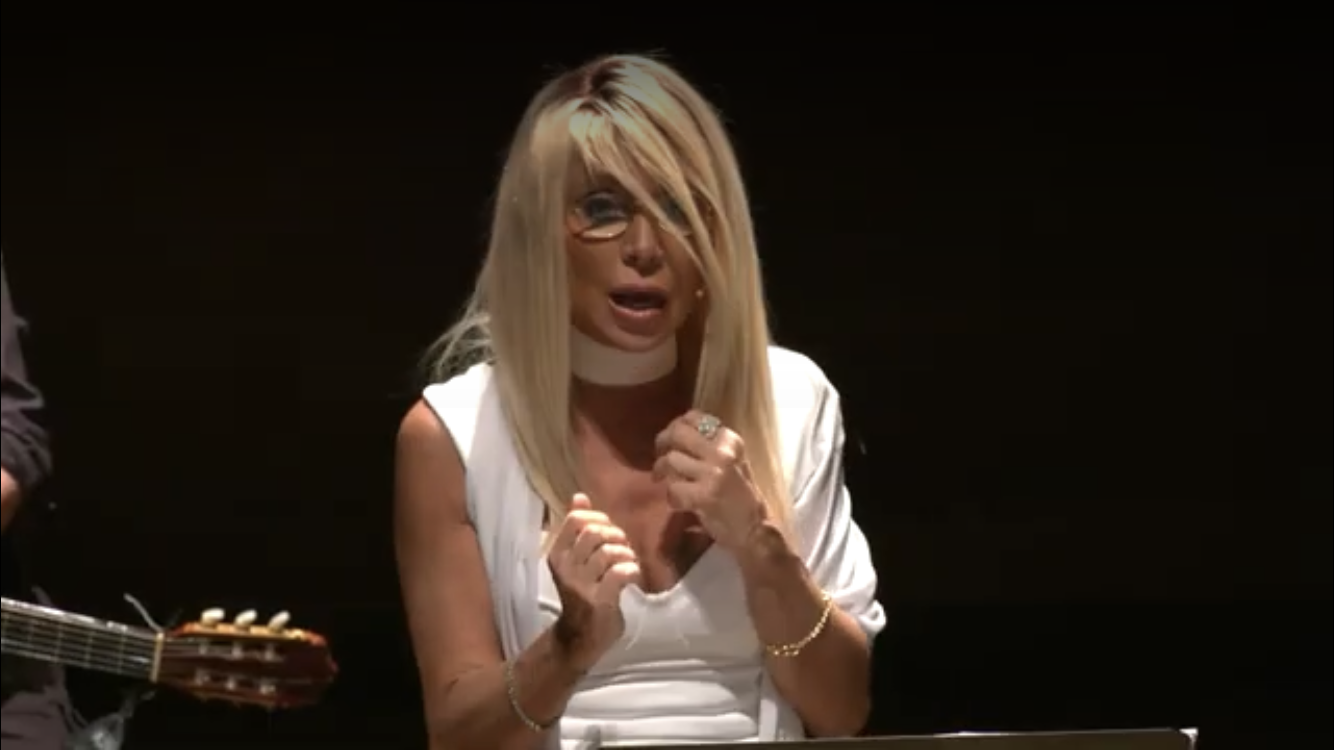