After a year of forced break, the Ciclostorica la Ghisallo is back. 23 – 24 October, two days of fun on the saddle of historic bicycles in the year of the centenary of the first passage of the “pink race” on the GHISALLO hill.

The 3 or 6 winners of the team relay to be held on Saturday 23 October with departure from Bellagio and arrival at the Sanctuary of the Madonna del Ghisallo, will be awarded with a single magnificent jersey made in only 10 pieces specifically for La Ghisallo 2021. For the commemoration of the 100th anniversary of first passage of the Giro d’Italia on the Ghisallo hill. A reproduction of the LEGNANO and PIRELLI jersey used by the champion Giovanni Brunero who won that lap in 1921. 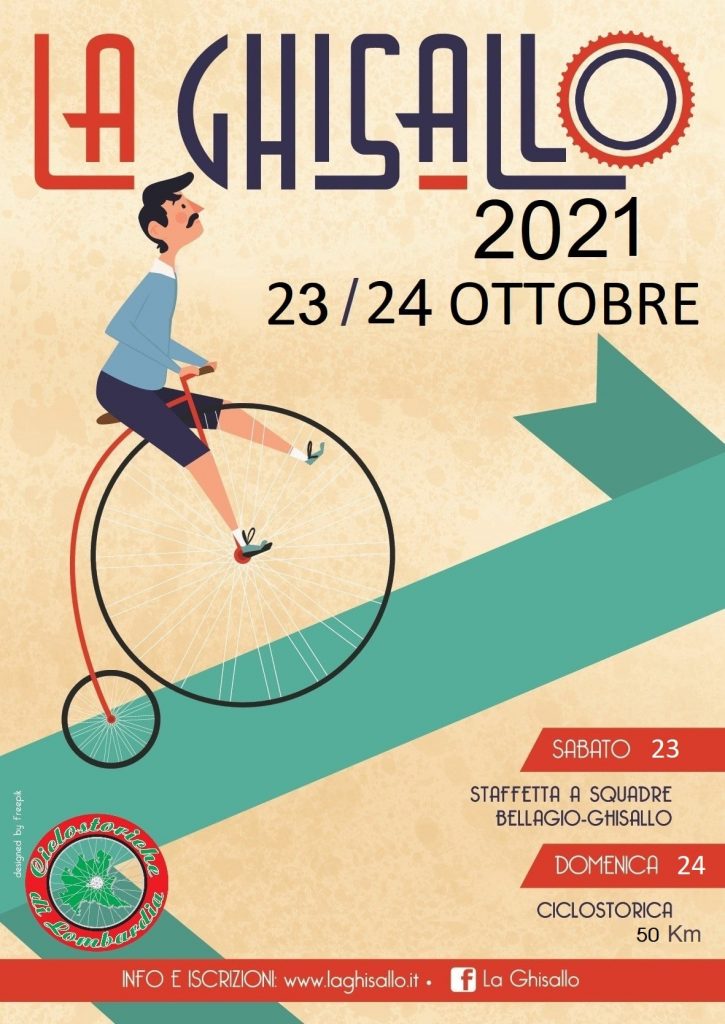