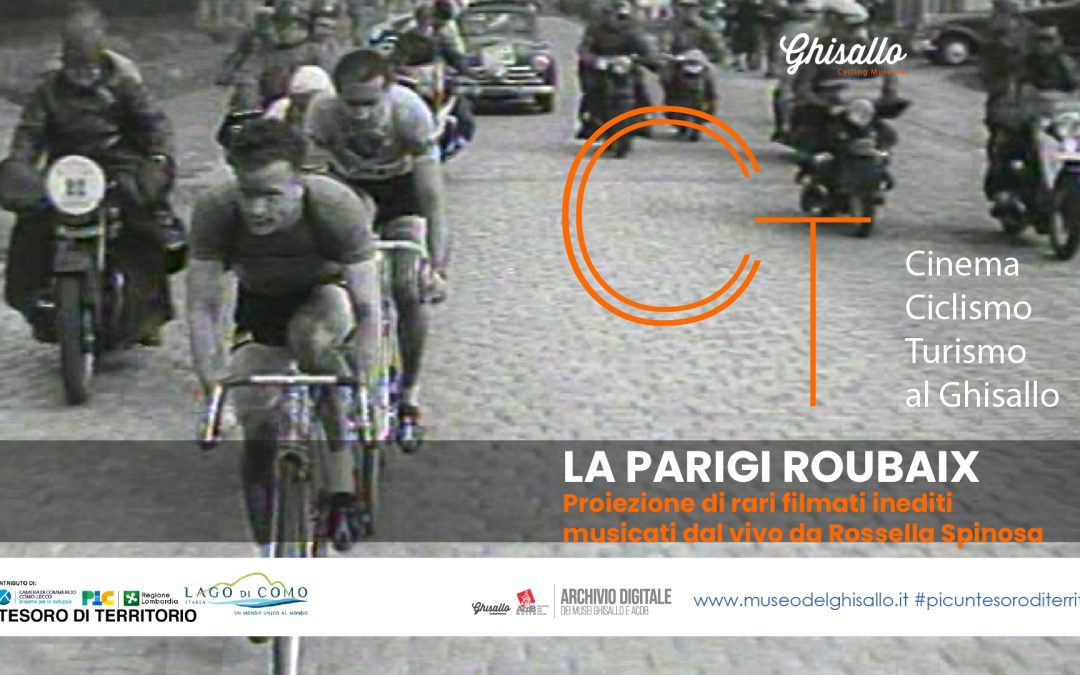 Fasten your seat belts, the Passion (also for cycling), at Ghisallo, is thrilling waiting for Holy Easter, which this year coincides with Paris – Roubaix. In fact, the third appointment of the Cinema Ciclismo Turismo project at the Ghisallo Museum is scheduled for Saturday 16 April 2022, the innovative multisensory project of the Ghisallo Museum, promoted by Lombardia Musica in synergy with the Ghisallo Museum. The project, carried out as part of the two-year program of the cultural district of Lake Como called PIC, A treasure of the territory, financed by the Lombardy Region and coordinated and supported by the Como-Lecco Chamber of Commerce, represents a new way for the full enhancement of the Museum located in the Municipality of Magreglio.

On Saturday 16 the multisensory meeting planned by this special schedule of events will be dedicated to the Hell of the North, the Paris-Roubaix, one of the five classic monuments, which takes place in the north of France up to the border with Belgium, the online test which takes place every year on the second Sunday of April (Pandemic permitting). Also known as the queen of the classics (la reine des classiques), this race is one of the last classics of the pavé, that is stretches of road paved with porphyry cubes or round pebbles that brake the wheel and cause continuous jolts and vibrations, putting in difficulty cyclists and mechanical vehicles, with punctures and breakages on the agenda. 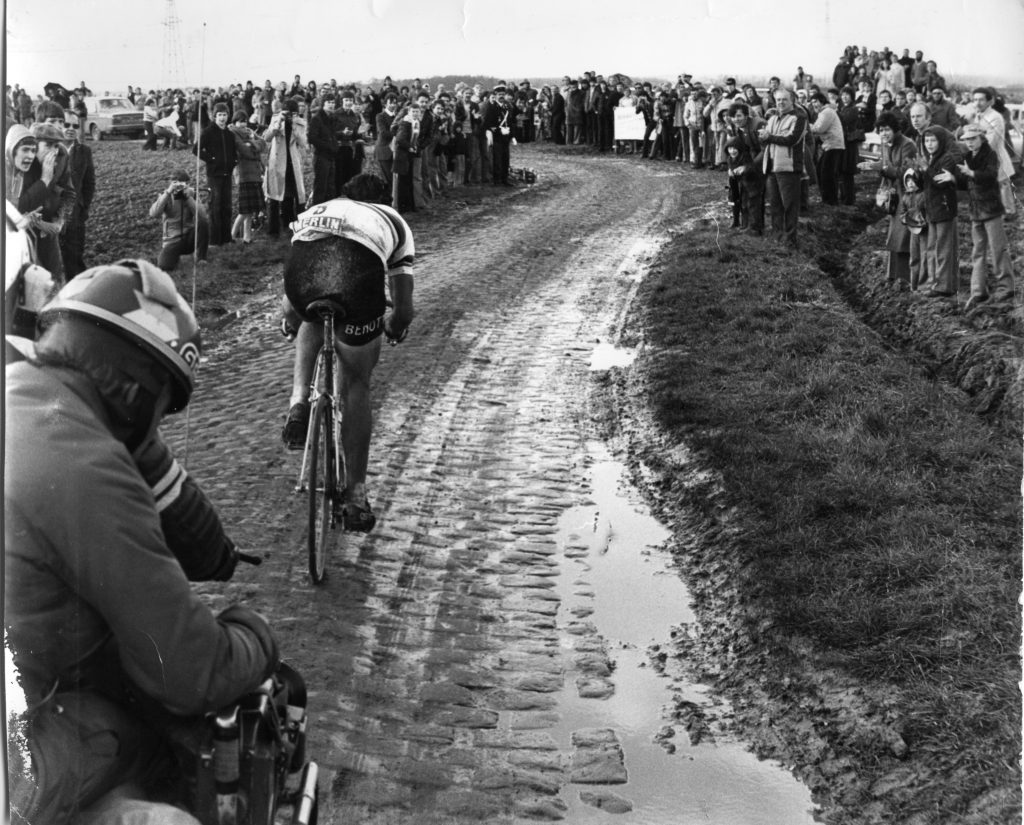 Winning (or losing) here means entering the legend anyway and the legend is that velodrome, Roubaix, which awaits the survivors of the cobblestones. To celebrate the images, in black and white and in color, which testify the fatigue of the Italian champions who managed to excel in this race, a real test of resistance, physics and tactics, come the unpublished notes of Maestro Rossella Spinosa for a new score multisensory that enriches the iconographic and musical heritage of the Museum’s Digital Archive (with also AcdB of Alessandria).

It was not easy to interpret this script, dedicated to the Northern classical, but Rossella Spinosa’s music always knows how to find the key to his race and humanity.

“It is the first time that I focus not on a champion in the race but on the path of the champions and it has happened that the race to comment already has, in its very nature, a“ clear sound ”. It is the unmistakable sound of wheels on pebbles. And so in this new musical work, premiered on April 16 at the Ghisallo Museum, my score will ask the piano for support in the recreation of that special “sound”. A music made of that unmistakable noise, imbued with the cantability of the memory of the great deeds of our cyclists. An emotion to be made as real as possible, savoring it on the big screen, comfortably seated and immersed in the atmosphere of the Ghisallo Museum “.

This is the profound compositional choice of Rossella Spinosa, teacher at the Conservatory of Mantua, the Maestro has always composed music for silent cinema and to date has made over 120 film titles, becoming a point of reference for film libraries, theaters and orchestras.

The Easter weekend at the Ghisallo Museum will be intense and very exciting, Saturday, Sunday and Monday, like every day, non-stop opening, from 9.30 30 to 17.30.

Meanwhile, the Museum is preparing to host at the end of the month – Saturday 30 April 2022 – an international event that connects it to the winning partners of the Mulm project, funded under the Interreg Italy-Switzerland V-A Axis The Environment and Culture Cross-border Cooperation Program. The Ghisallo Museum climbs the top of the hill with a ride from Switzerland to the Museum for a highly prestigious Interreg Italy – Switzerland project. The project is aimed at the environmental and cultural enhancement of the territories now crossed and connected by the San Gottardo Gallery (all the info HERE https://www.museodelghisallo.it/18694/mulm/).

On 30 April ’22 at the Museum also a delegation of friends and international journalists with the special presence of Laurent Galinon, journalist, writer and documentary maker of cycling, who will present his Classiques – Lieux de culte et champions mythiques, published volume as an Italian preview. Hugo Publishing dedicated to legendary stories and places of cycling. Galinon brings as a dowry for this special day all his documentary films made so far, 11 digital contributions that will animate the cinema hall of the Ghisallo Museum, the same one imbued with the music of Rossella Spinosa with her live performances tribute after homage to great cycling.

The induced effect, successfully experienced as early as 2021 (despite the Pandemic!) Is to create events capable of attracting the public and visitors. The compositional soul of the entire project is Rossella Spinosa, one of the most esteemed and internationally established composers in the soundtrack of silent cinema, who has to date set music over 120 historical films, becoming the musical signature of the Humanitarian Film Archive for several years.

Below we recall the dates of the next appointments:

Saturday 30 April, 12 noon I Waiting for the Giro d’Italia

The pink stage race that rides through the wonderful Italian landscapes turns this year to its 105th edition. Dream of all professional riders, each edition offers great emotions. The film retraces the most significant sporting achievements.

All contributions will be presented with live performance of the original music composed ad hoc by Rossella Spinosa. To complete the program, two appointments on dates to be defined for the presentation of the two productions dedicated to Gino Bartali, which completes the trilogy and the one for women’s cycling, the dominant theme of the 2022 season of the Ghisallo Museum.

Museo del Ghisallo has always been a multisensory experience and it is demonstrated by pedaling even in this way. Music Maestro! The event is free to enter upon reservation.

For info and reservations 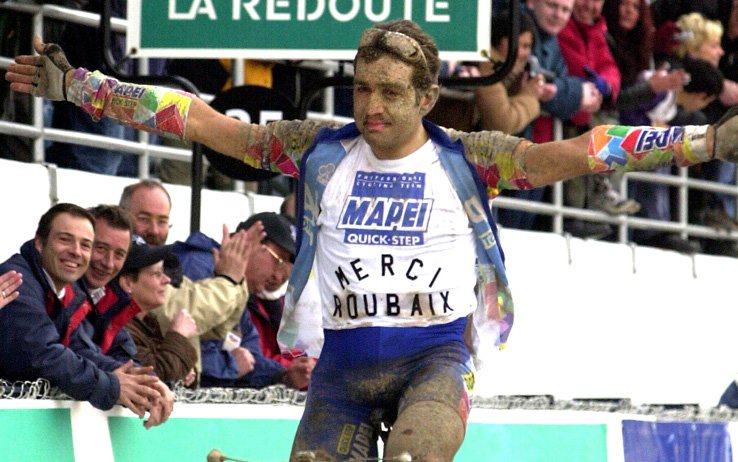