70 YEARS OF THE LION OF FLANDERS 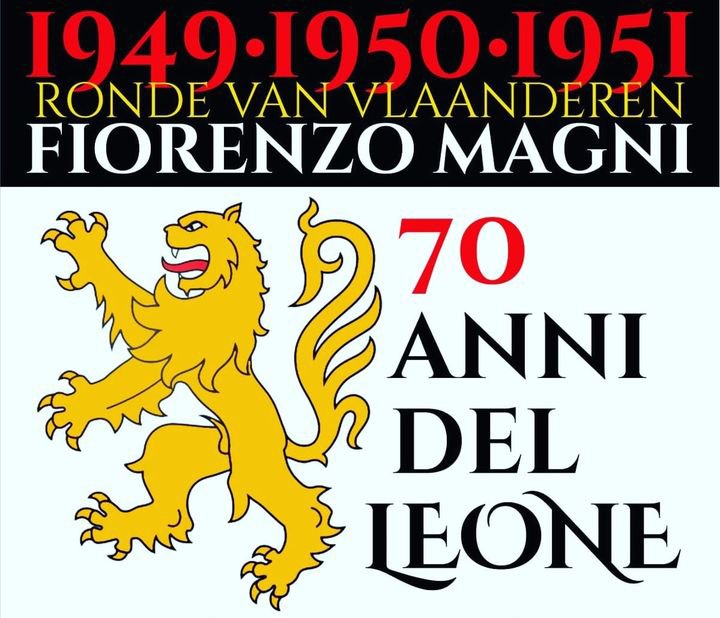 NUVI – Nova Unione Velocipedistica Italiana, in collaboration with the Madonna del Ghisallo Cycling Museum and the Ronde von Flanders Museum, are promoting a ride in memory of Fiorenzo Magni’s three victories in Flanders after seventy years.

Fiorenzo Magni, considered the third man for his ability to enter the rivalry between Coppi and Bartali, between the 40s and 50s, winning many races, including three Giri d’Italia (1948, 1951, 1955) and three Italian Championships . He was also champion on the track where he won a Bol d’Or and set the world record on 50 and 100 km. But the masterpiece he did in the North where he was the first cyclist able, after twenty-four years, to interrupt the Belgian victories in the Tour of Flanders, winning for three consecutive years (1949, 1950, 1951). A feat that earned him the nickname of Lion of Flanders.

An important archive research has allowed the reconstruction of the original routes, similar to each other, with a circular development over a large territory of the editions won by Magni, starting from Ghent and arriving in Watteren, a circuit of 274 km of windy plains and mythical walls. 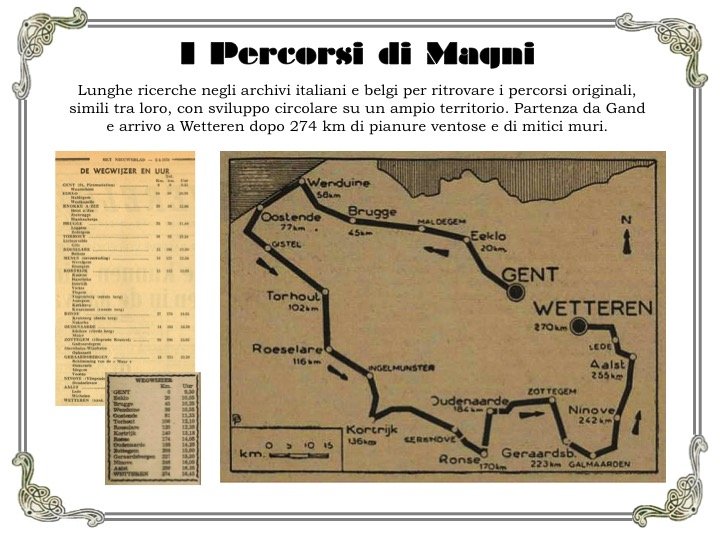 Starting from the original routes, NUVI has hypothesized a route to retrace on the original roads of the 1951 Giro with some brief digressions on the two previous editions. 283 km with 1269 m of elevation gain, along original or parallel roads to recreate the same atmospheres experienced by Fiorenzo Magni during his victorious rides. A long journey in Flemish territory, made not only of cobblestones or Berg, but also bucolic landscapes, characterized by canals, mills and fairy-tale towns. 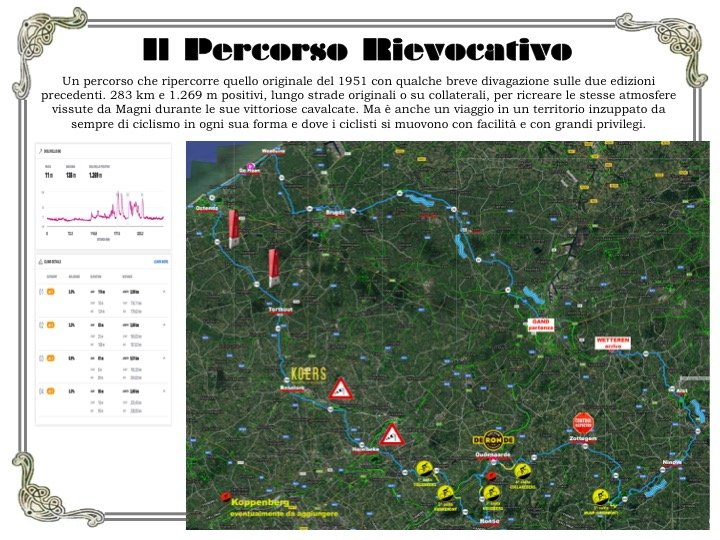 The initiative foresees the twinning with the Ronde von Flanders Museum, where for the occasion a temporary exhibition dedicated to Fiorenzo Magni will be set up with some relics brought available for the occasion by the Ghisallo Museum. The exhibition will be open from Thursday 31 March to Sunday 3 April.

During the trip, friends of the Koers Museum will also be visited, located in the heart of West Flanders, with which the Ghisallo Museum partnered a few years ago.

In short, a real LION weekend!