BEYOND THE FIVE CIRCLES: A TRIBUTE TO FORNONI AND CASARTELLI 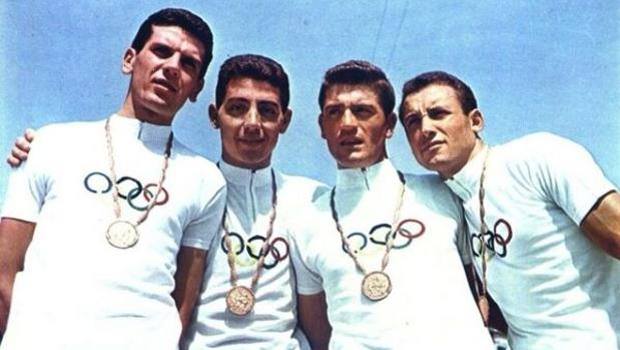 An exhibition traces exciting moments, images, memorabilia, words of Olympic stories that will remain forever etched in the Collective Memory of the Ghisallo Museum. Stefano Bruno Galli, Lombardy Region Councilor for Culture and Identity: “Fornoni and Casartelli were two great interpreters of true values and substance, without the obsession with wealth and great popularity, pursuing only the sporting result. Ancient Olympic values, which are at the center of this beautiful exhibition “.

BEYOND THE FIVE CIRCLES is the title of the review that starts on Saturday 11 June with the inauguration at 11 am and will last until 31 August, in the exhibition space of the Madonna del Ghisallo Cycling Museum in Magreglio, in the room for temporary exhibitions, the review traces the salient moments and the history of the Olympic Games which have always seen cycling and our blue jerseys as protagonists. The exhibition, curated and conceived by Carola Gentilini, director of the Ghisallo Museum, pays a special tribute to Giacomo Fornoni and Fabio Casartelli.

This is the introduction to the museum itinerary: When we speak, we write, we remember the Olympic Games, the Olympic spirit takes hold of us. He grabs us. In the heart and in the mind. It is like abandoning oneself to the caresses of a blue leather cloth that enhances that jersey that competitive racers proudly carry around the world and with the Five Circles radiate a success story of cycling. Always. Because cycling has always been present since the first edition, that of Athens 1896. And it is an endless story that also surrounds us in this exhibition. 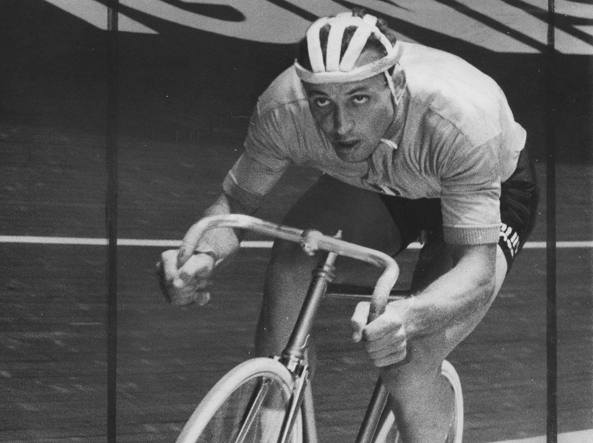 Stefano Bruno Galli, regional councilor for culture and identity, supporter of the Ghisallo Museum and a great lover of cycling and its history, underlines with these words the meaning of this new exhibition: “Adopted son of the Brianza Lecco, industrious land, of sweat and of effort, dedication to work and a spirit of self-denial, Giacomo Fornoni embodied the Brianza virtues to the full. He was a high level walker. As an amateur he won the team 100km at the Rome games in 1960. And as a professional he won a Baracchi Trophy paired with his captain at the Molteni-Briantean team of Arcore-Gianni Motta. The Ghisallo Museum did well to dedicate an exhibition to this honest rider, because he embodies so many positive and important values ​​for our time ”.

Stefano Bruno Galli continues: “First of all tenacity and then seriousness, modesty and humility. The exhibition has an appendix dedicated to poor Fabio Casartelli. The dramatic images of his fall from Portet d’Aspet are etched in the memory of all fans. Fabio Casartelli: also an Olympic gold medalist, in Barcelona in 1992, another horse of the Brianteo breed. Fornoni and Casartelli were two great interpreters of true values ​​and substance, without the obsession with wealth and great popularity, chasing only the sporting result. Ancient Olympic values, which are at the center of this beautiful exhibition. ” 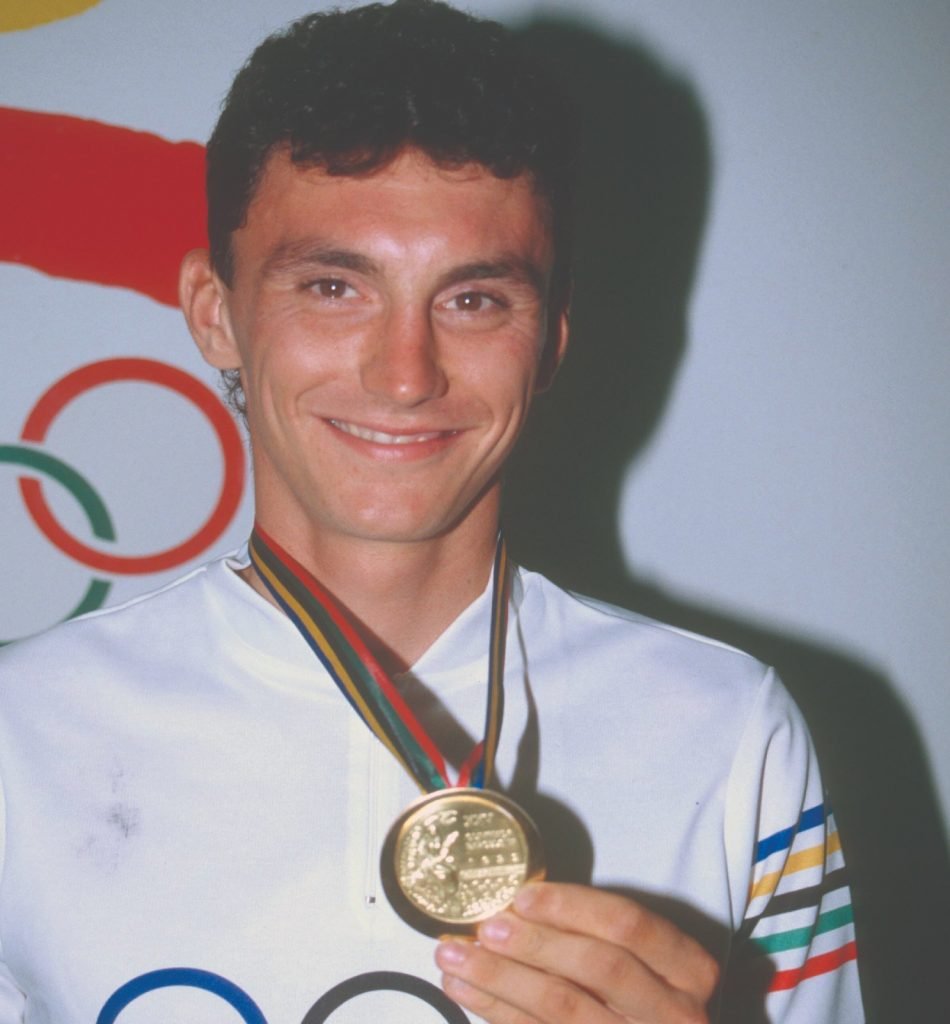 BEYOND THE FIVE CIRCLES – On August 25, 1960, the Games on a human scale, those of Rome, begin. They will end on 11 September in a crescendo of competitive excitement, but without jolts, as they started. Despite the Cold War between the United States and the USSR, sport sets aside difficult problems for a couple of weeks. The two Germanys also seem united: they parade under the Olympic flag and the national anthems are cleverly replaced by Beethoven and his “hymn to joy”.

In some cases the scenario refers to an ancient memory: the Baths of Caracalla host the gymnastic tests and the Basilica of Maxentius the wrestling competitions. Extraordinary, by suggestion, the marathon that unfolds, in the twilight and in a splendid Roman night, from the Capitol to the Arch of Constantine and allows a surprise winner, the Ethiopian to Abebe Bikila, who competes barefoot. With Wilma Rudolph, the black gazelle, winner of the 100 meters, 200 meters and driver of the American fast relay, Bikila takes on the role of symbolic athlete of the Rome Games. This is how Sergio Meda introduces the chapter dedicated to Rome 1960 in the magnificent volume “A team all in gold – the history of the modern Olympics in the image of Italian triumphs” by Vito Liverani.

It is in this magical and blue framework, in a setting rich in history, that of Roman Italy, that the emotions of an extraordinary edition of the Olympic Games unfold.

A BEAUTIFUL OLYMPIC STORY: GIACOMO FORNONI – In that magical scenario of yesteryear, Giacomo Fornoni, one of the protagonists of that Olympic edition, is at stake for blue cycling. “He was an altruist, he was a great follower”, are the farewell words of Gianni Motta, champion of the road of professional cycling, dictated to the Gazzetta dello Sport on the day of the last farewell to the Olympic champion Giacomo Fornoni. Alessandro Conti for the Rosea picked up the outburst of Gianni Motta, one of the most beloved champions, symbol of the winning two-wheeled Lombardy, together with whom Fornoni raced in Molteni and with whom he won the Baracchi Trophy in 1964.

“He was an altruist – continues Motta – We could have won Baracchi with him in ’65 – but it was I who didn’t go. He was a great follower. When I told him: “Giacomo, keep the race for 160 km”, he did it, nobody ran away. He was one of those who worked, who didn’t bother, who thought of others before himself “.

Fornoni will always remain one of the four horsemen of the 100 km team of the 1960 Rome Olympics. Disappeared at the age of 76, the Olympian died in Rogeno in the province of Lecco where he resided. The Rome 1960 quartet was made up of Antonio Bailetti, Livio Trapè and Ottavio Cogliati, who died in 2008; the team had won the first gold medal of the Games. Fornoni was a road racer and a pistard; he spent nine seasons as a professional at Molteni. He then took over a restaurant in Brianza and called it 5 circles. And his whole life reflects the dedication to the blue jersey and this fundamental Olympic spirit that is breathed in the story of his career.

FABIO CASARTELLI OLYMPIC TEARS – Now close your eyes and listen in your mind, in total solitude and with your hand on your heart, because the Mameli hymn plays. When they take those notes from you and they’re on the Olympic podium it’s hard to hold back the tears. It has happened many times, as beautiful as Rome in the 1960s, unforgettable when Fabio Casartelli, in Barcelona 1992, regained that online gold that Italy had been missing for 24 years! From Rome 1960s to Tokyo 2021, that last time, that of a blue train that beats Denmark, bringing Italy back to the top step of the Olympic podium, 61 years after the success of Rome in 1960.

Lamon – Consonni – Milan – Ganna, another Golden Team capable of literally crashing the reigning world champion Denmark in the final of the men’s team pursuit. Gold and world record 3: 42,032 (at an average of 64,856 km / h). Blue missiles of a specialty that after 61 years, from Arienti-Testa-Vallotto-Vigna (Rome 1960) have marked the 24th gold on the track in the annals. Listens. It is classical music. Which will remain forever as a soundtrack that goes beyond the Five Olympic Circles.

OVER FIVE CIRCLES
The 1960s Rome Olympics, that of Giacomo Fornoni, and other Olympic stories
On display

THANKS TO – Since 2015 MUMAC Gruppo Cimbali Coffee Machine Museum has supported the Cycling Museum – Madonna del Ghisallo: a collaboration between museums that draws a line of continuity between the world of cycling and the world of Faema, the historic brand of Gruppo Cimbali!

Ambrogio Molteni Foundation and the Municipality of Bellagio