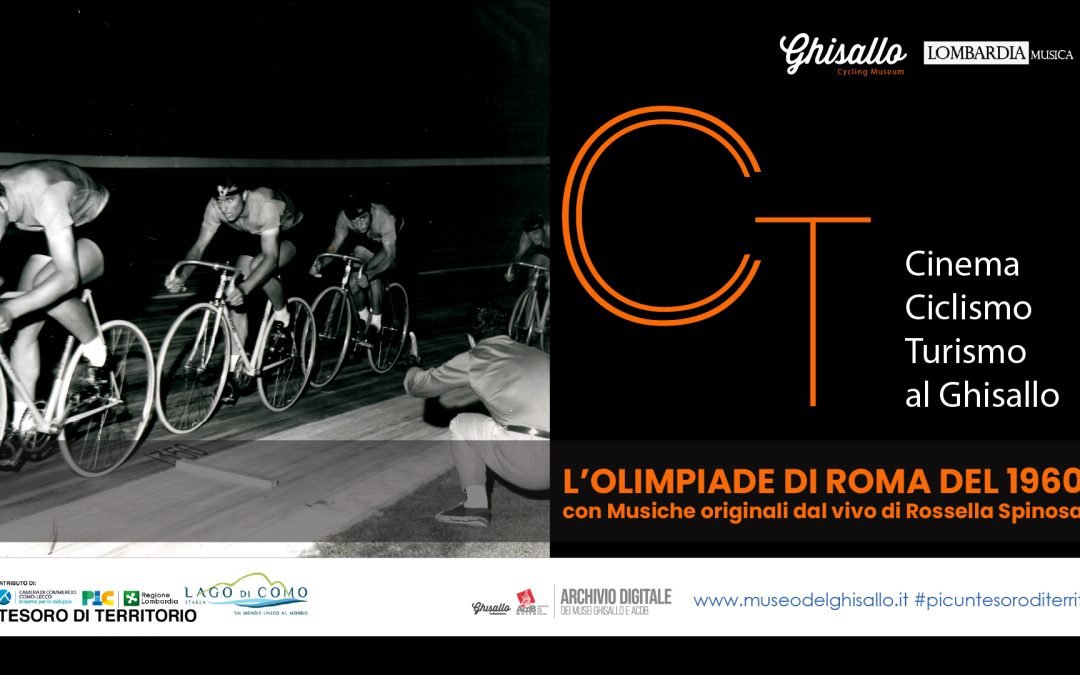 The project, carried out as part of the two-year program of the cultural district of Lake Como called PIC, A TESORO DI TERRITORIO, financed by the Lombardy Region and coordinated and supported by the Como-Lecco Chamber of Commerce, aims to represent a new way for the full enhancement of an important territorial resource, such as the Museum located in the Municipality of Magreglio.

It will be an immersion in five circles, that of Saturday 25, starting at 12, a dip in the Olympic spirit that is linked to the exhibition “Beyond the five circles” recently inaugurated in the exhibition hall dedicated to temporary exhibitions at the Ghisallo Museum. Images that beat the time of music, and vice versa, with a composition once again unpublished, created and performed by the master Spinosa who projects us into the golden sphere of Olympism, with the precise, high perception of emotion at the highest levels for those who makes sport – Olympic – its life and mission. And the Madonna del Ghisallo cycling museum in Magreglio wants to recreate this very close bond. Blue emotion that goes beyond the five circles.

Unpublished notes by Maestro Rossella Spinosa for a new multisensory experience that enriches the iconographic and musical heritage of the Digital Archive of the Ghisallo_AcdB Museum.

On the musical front, for this episode, thanks to Rossella Spinosa, music will still be the link to the passion for cycling, for the history of our land and for the art and artists who made her famous at the highest levels.

“The 1960 Olympics was the symbol of the Italian rebirth, of an Italy that was coming apart from the Second World War and trying to get up and re-emerge with all its strength. The music, in this case, while highlighting the adventure, the struggle, the passion of the race, praises this rebirth, this hope for a different and better future, in an atmosphere of expectation and positivity “.

This is the profound compositional choice of Rossella Spinosa, teacher at the Conservatory of Mantua, the Maestro has always composed music for silent cinema and to date has made over 120 film titles, becoming a point of reference for film libraries, theaters and orchestras.

The induced effect, successfully experienced as early as 2021 (despite the Pandemic!) Is to create events capable of attracting the public and visitors. The compositional soul of the entire project is Rossella Spinosa, one of the most esteemed and internationally established composers in the soundtrack of silent cinema, who has to date set music over 120 historical films, becoming the musical signature of the Humanitarian Film Archive for several years.

The next appointment will be on July 9th and will be dedicated to the Tour de France, a few days before its start of the 109th edition.

A multisensory experience has always been lived at the Ghisallo Museum. Music Maestro! The event is free to enter upon reservation.

For info and reservations