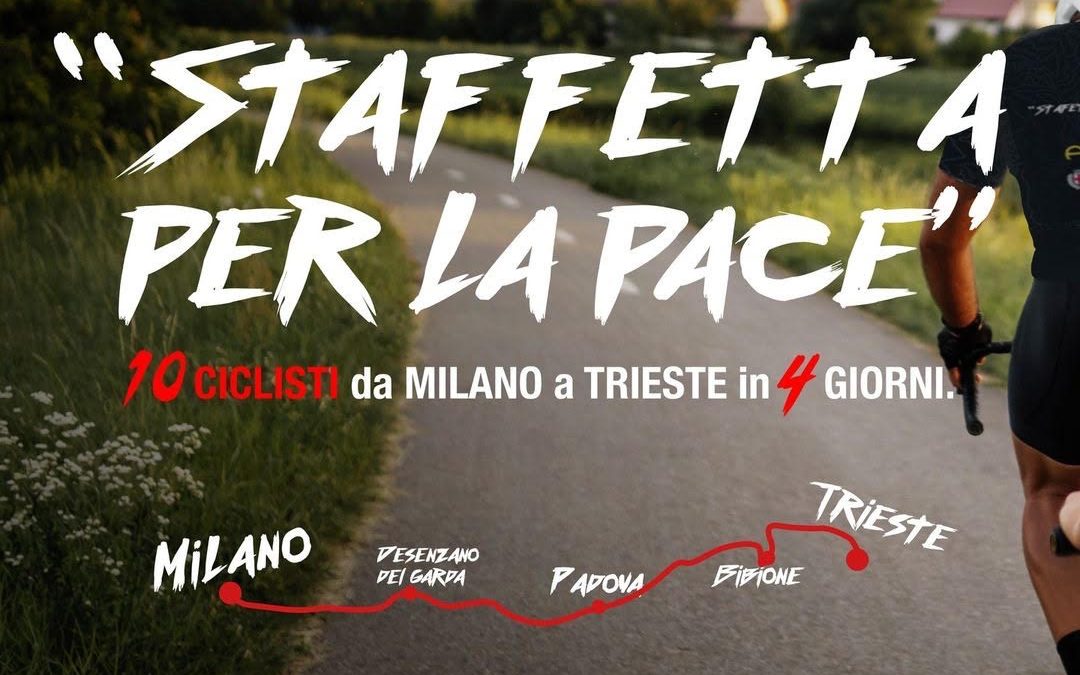 ALSO SUPPORT THE SOCIAL AND SOLIDARITY PROJECT ODYSSEY OF PEACE

After having collected more than 130 thousand euros in monetary donations and delivered over 650 tons of food and medicines in the heart of the Ukrainian territory during three humanitarian missions, the social and solidarity project Odyssey of Peace (baptized in this way by Monsignor Avondios of the Orthodox Church of Via San Gregorio in Milan) is ready to embrace a new and important challenge of humanity.

THE MEANING OF CYCLING CHARITY CHALLENGE

Odyssey of Peace announced the Cycling Charity Challenge, a relay race for peace that will see 9 cyclists cycling the Milan-Trieste section to promote a new fundraiser for the Children’s Institute of Mahala (Černivci) in Ukraine, a center for orphans that needs important structural improvements to the safety of the more than 50 children with severe neurological disabilities who live there. 500km in 4 days: a symbolic but at the same time ambitious journey with which Odyssey of Peace once again wishes to be the spokesperson of a message of solidarity and community, which goes beyond any difference.

Thanks to the support of the EOS Foundation – Edison Orizzonte Sociale, Castelli Cycling, Dole Italia, and the patronage of the Madonna del Ghisallo Cycling Museum and the Municipality of Milan, the starting city of the relay, nine cyclists they will pedal with commitment from Thursday 8 September to Sunday 11 September to reach the city of Trieste by relay. Here a delegate from Odyssey of Peace will pass the baton, a symbol of solidarity, to the Milanese indoor cycling team PainCave, which will thus virtually reach the Mahala Children’s Institute on the way to Kiev.

THE NAMES OF THE 9 CYCLISTS

We too, sitting comfortably at home, can however support the project. Do you want to know how? Click here to make your contribution!