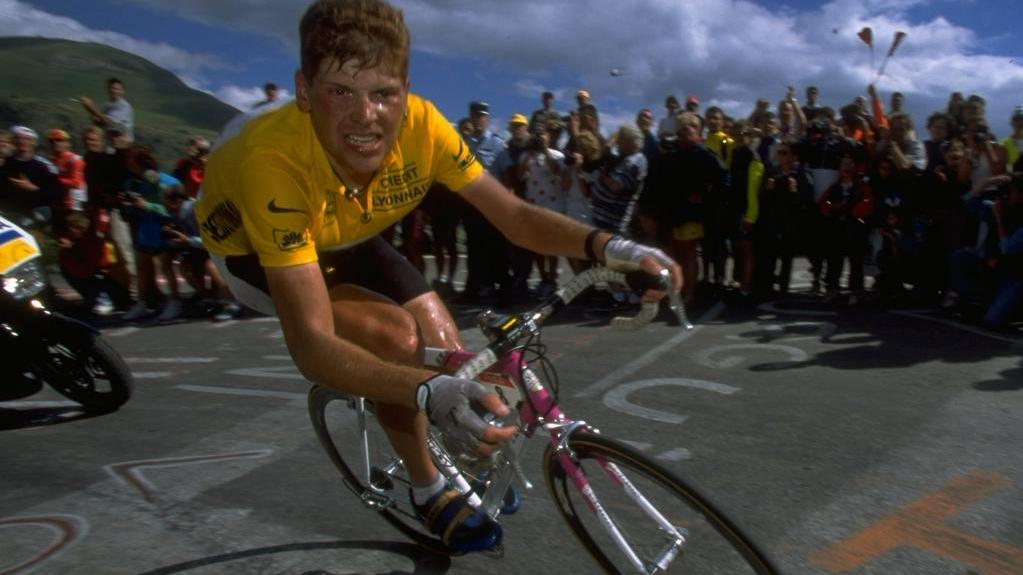 Waiting for the Giro di Lombardia on Friday 7 October at 12.30, Jan Ullrich arrives and donates his 1997 Tour de France bike to the Museum. The Museum is also transformed into a film set and weeks of great emotions are prepared before the winter break.

Magreglio, 29 September 2022 – Perfume of Lombardy. At Ghisallo. The wait for the Giro di Lombardia is enriched with emotions, like in a film … that’s right, on Friday 7 October 2022, the production company Constantin Dokumentation (constantin-dokumentation.de ) will transform the Magreglio Museum, also known as “the cyclists’ house”, into a film set to shoot some scenes of a documentary dedicated to the champion Jan Ullrich about his career and his life.

Jan Ullrich will go up to Ghisallo not only for cinematic needs: the champion took the opportunity in fact for a very significant gesture that testifies to his attachment to the Ghisallo Museum and the will to contribute to the historical story of cycling and its champions. Jan Ullrich has decided to devote himself to a public meeting, which is also scheduled for Friday 7 at 12.30, at the Museum, when he will donate the bicycle with which he won the Tour de France 25 years ago. (The museum will be regularly open to the public.) 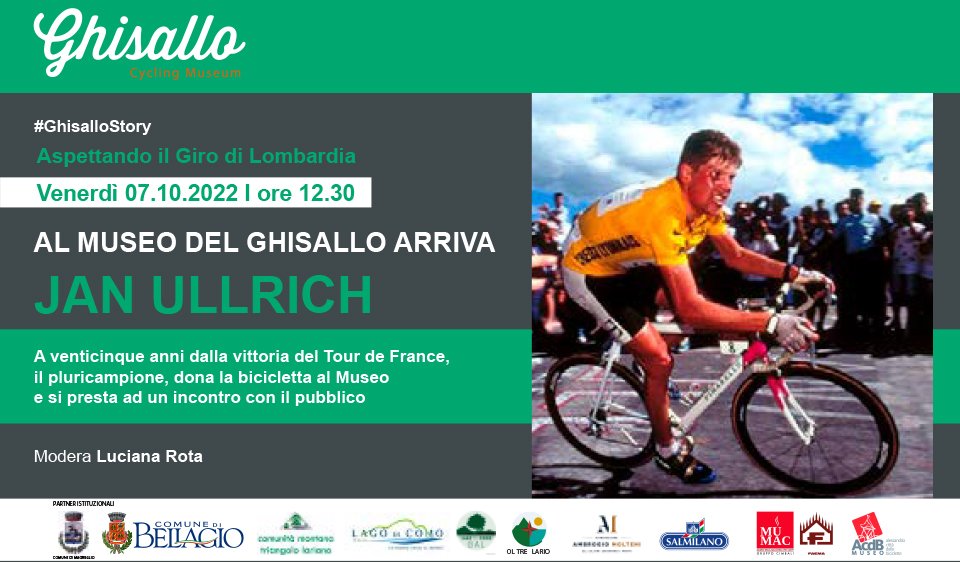 The idea was conceived in agreement with Ullrich’s manager Mike Baldinger, who had reported the museum to the production company, so Jan decided to donate the original bicycle with which he won the 1997 Tour the France.

Then, on Saturday 8 October, Lombardy will arrive at Ghisallo. And the Museum will be open and will make available to visitors the live broadcast of the race, in Lombardy the Museum is particularly linked by a double thread of memories and the magic of living the day of the classic dead leaves is repeated every year as the race passes, when the Sanctuary rings the bells in celebration.

In the meantime, the Ghisallo Museum is preparing other appointments such as October 15 when the first edition of the North Lake Bike Fest will be staged at Palazzo Gallio in Gravedona, an occasion in which some historic bicycles from the Ghisallo collection will also be exhibited and a tribute to Fausto will be screened. Coppi with the notes dedicated to the Champion by Maestro Rossella Spinosa.

From 15 to 18 October, then, in Monticello Brianza, Ghisallo Museum participates in the exhibition organized by the Municipality of Monticello in collaboration with the digital archive of the Ghisallo_AcdB Museum in memory of Fiorenzo Magni, ten years after the death of the Lion of Flanders.

On the 22nd and 23rd of October the Ciclostorica La Ghisallo will be staged!