COMO IS WAITING WITH PASSION FOR THE GIRO D’ITALIA 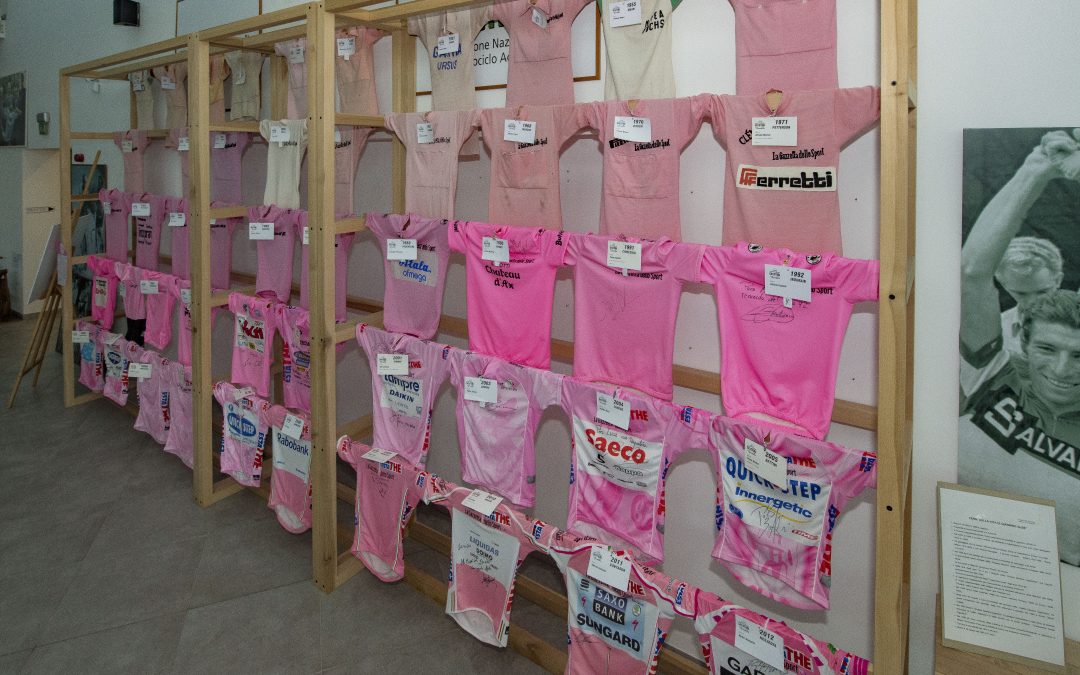 «When Sunday, May 26th, we will see the champions of the Giro d’Italia on the streets of Como– dMario Landriscina declares, Mayor of Como Municipality – our city has already reached the finish line bringing the world’s most beautiful ride to the most beautiful lake in the world after 32 years from the last stage. The arrival of this event will allow millions of people around the world to observe and appreciate our beautiful territory and offer to the Comaschi a series of initiatives to discover and be involved in the excitinghistory of the Giro, of the sporting excellencies that Como can boast in its history, from the many cultural implications that sport promotes.  The proposals presented today are aimed at all, enthusiasts and beginners of cycling. Between jerseys and vintage bicycles, images, precious memories of moments entered in the legend, each element is made suggestion of the positive spirit that we would like to accompany us to the pink race and beyond, discovering or rediscovering the culture and values that sport manages to Infuse with energy».

Thanks to Mapei Groupp.

Thanks to Colnago&C and Maglificio Santini.

Conference conducted by Riccardo Magrini, former professional and technical coach, with the technical comment by Eurosport “the cycling hous on Tv”. Special guest, Gianni Bugno winner of two World Championships (1991, 1992), winner of a Giro d’Italia (1990) and several major races including a Milan-Sanremo (1990) and a Tour of Flanders (1994).

With: Paolo Maldini: Strategic development Area Sport Milan and President Special Team; Claudio Chiappucci winner of the Milan-Sanremo (1991), two laps of the Piedmont (1989 and 1995), stages at the Tour de France and the Giro d’italia ;Paolo Savoldelli, winner of two editions of Giro d’italia (2002 and 2005), entrepreneur, journalist and TV commentator ; Alberto Cova, gold medal winner in 10,000 meters at the Olympic Games in Los Angeles 1984 .

THE GIRO AT SCHOOL

In collaboration withDegree course in motor Sciences of the University of Insubria . Thanks toDecathlon.

In the month of May will be distributed to students of the first grade secondary schools of the municipality of Como abooklet – with test by the journalist Nicola Nenci of daily newspaper La Provincia – that tells the Giro d’Italia describing its history, the stage that arrives in Como, the relationship with health and ecology; important the relationship to our territory, in particular to the Ghisallo Cycling Museum and Fabio Casartelli,Olympic champion (road racing), prematurely dead due to a fall at the Tour de France. The story is enriched by the comment of the champion Vincenzo Nibali. The delivery of booklets in the schools will be curated by students of Motor Sciences of the University of Insubria .

In collaboration withComo Verso Est Association thanks to Allianz Bank.

A film by Arūnas Matelis, filmed during the Giro d’italia 2015, testimony that enhances the role of the cyslists those who make the difference in a cycling race and who sacrifice their careers and personal victories for their companions. The film invites you to look inside an unusual world, whose rules, hierarchies and sacrifices, despite the great popularity of cycling, are known to a few. Candidate to participate in the Oscars 2019 as Best Foreign Film and best documentary. Followed by a comment conducted by  Andrea Bambace, Espansione Tv journalist. With Luciana Rota journalist and author of “I portacolori della Siof” the cycling School of Biagio Cavanna, masseur of Fausto Coppi.

Saturday, May 4th, from 3 to 7 p.m. “Music and Giro d’Italia”, marching band along shopping streets

Friday 24th, Saturday 25th and Sunday 26th from 10 a.m. to 8 p.m. Piazza Duomo “Vintage cars of Police Corps”: the historical means of the traffic police used in the editions of the race will be exhibited.

Saturday 25th from 10 a.m. to 8 p.m. Piazza Verdi “Ciclobaby”: Alzate Brianza sporting Team ginkana for kids and guided tour along the exhibition open air in the street of shopping.

At the following link LINK DI DROPBOX all the digital contents
OR DOWNLOAD THE LINK WETRANSFER https://we.tl/t-NEZf9agmta