A SUMMER OF BOOKS BY THE GHISALLO MUSEUM EDITIONS 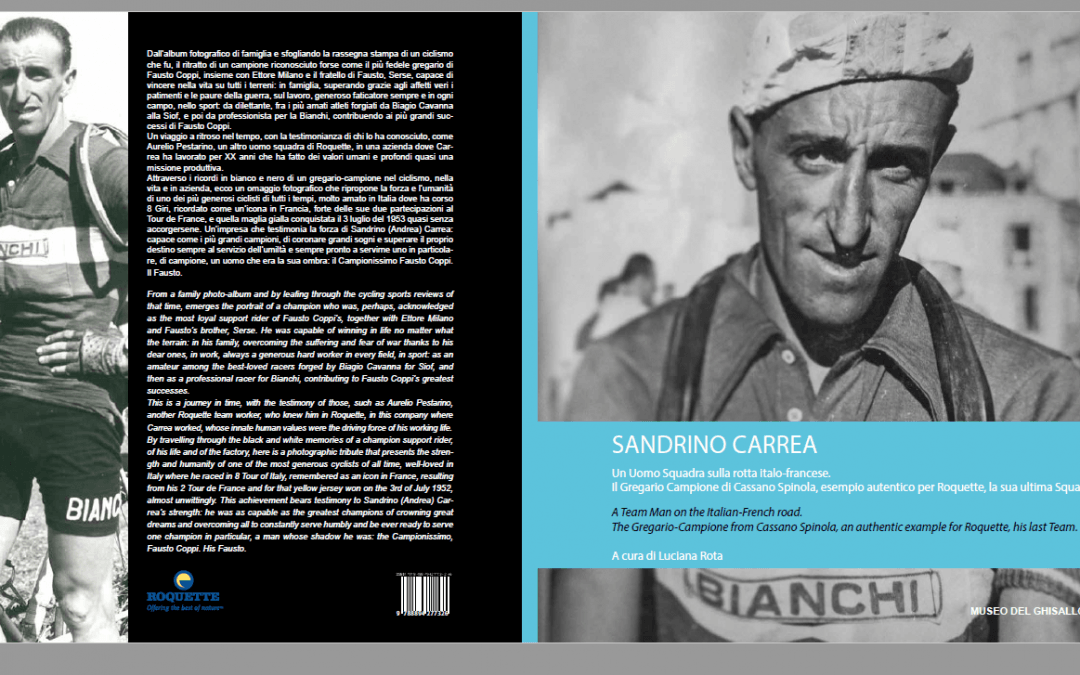 The 2019 sees the second publication by the Ghisallo Musuem Editions. The last edition is simply titled SANDRINO CARREA – A Team Man on the Italian-French route. The teammate-champion born in Cassano Spinola run with Roquette team. It is a photographic book, made with the contribution of Roquette SpA, edited by Ghisallo Museum and curated by Luciana Rota. The postscript is by Carola Gentilini, director of the Museum. The book traces the history of Sandrino (Andrea) Carrea through the photo album of the Carrea family and leafing through the press review of a cycling that was. The result is a portrait of a champion recognized perhaps as the most faithful Fausto Coppi’s teammate, together with Ettore Milano and Fausto’s brother, Serse, capable of winning in life on all terrains. A journey back in time, with the testimony of those who knew him, like Aurelio Pestarino, another man-team of Roquette, in a company where Carrea worked for 15 years that made human values and deep almost a productive mission.